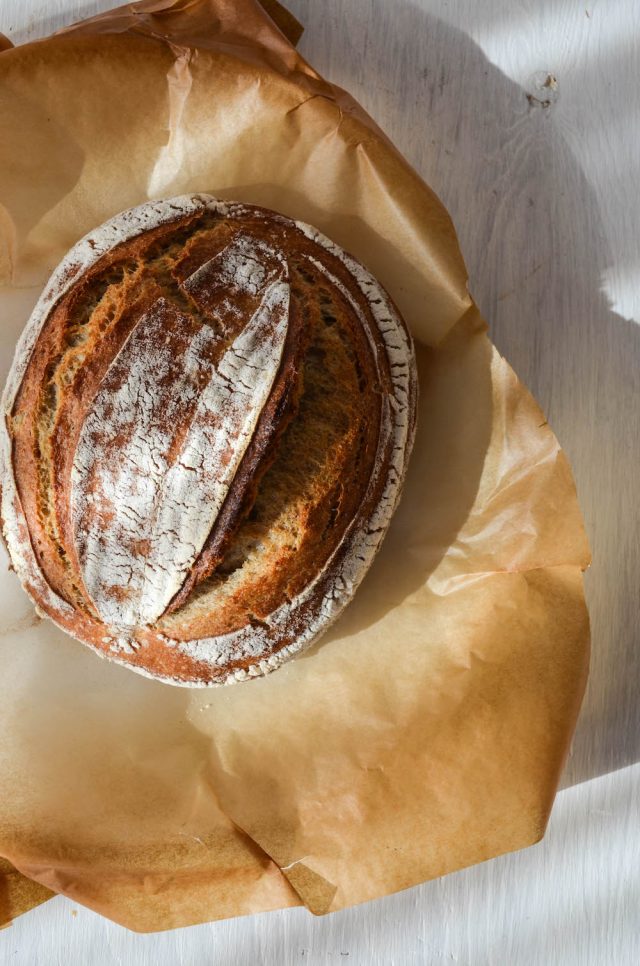 It’s almost a year since sourdough starter entered my life, and what a year it’s been. Yeast never scared me, yet for years sourdough starter remained elusive. The mysterious nature of it held me back from taking the next logical leap in bread baking. Once you realize it’s not as fragile or difficult as you thought, the world of homemade breads opens wider. The mysticism and magical feeling, though, continues to surprise me. As the saying goes, I suppose better late than never.

I’ve since made pizza dough, these breads, crackers, English muffins, and waffles using my sourdough starter. I think I’ve even settled on a baguette recipe and baking method after playing and tweaking for months. Boules tend to be the loaves I gravitate towards more often, though, since they’re more forgiving a day or two later when wrapped in parchment paper. They’re also convenient for making sandwiches during the school week. And yet, I don’t always follow the same recipe, preferring to pull a dough together more casually at the end of the day so it can rest while we sleep.

The mix of flours is more dependent on my mood, although for most of this last year I’ve followed the 1:2:3 ratio (starter:water:flour). Recently, I decided to stray from my comfort zone, and work with a higher hydration, adding less flour, while still using a 2:1 ratio of water to starter.

Wet doughs can be very intimidating. They’re creatures unto themselves, and challenge the traditional idea of how to knead dough. I also love kneading, and while I understand many people use machines (both mixers and food processors) because kneading is a physical challenge we’re not all able to muster, nothing will ever compare to feeling my hands in dough, becoming one with it. 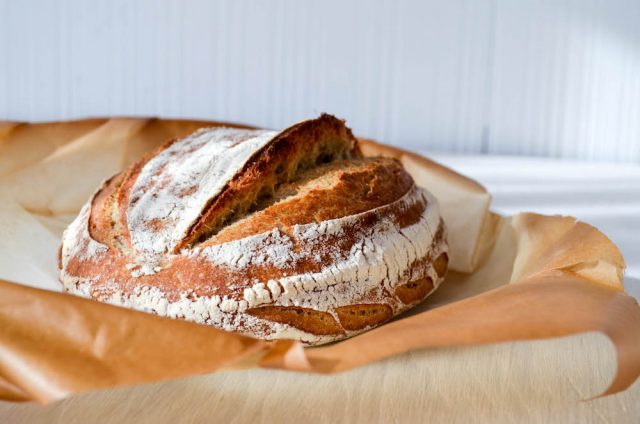 The very traditional way is to “slap & fold”, as shown in this video, and that is exactly why I tended to shy away from higher hydration doughs for so long (even when working with yeast). I’m still not that great at that method. Most likely, it’s because I set out to make my bread dough at night, somewhere between finishing the dinner dishes and getting ready for bed. I’m so tired at that point; all I can focus on is my memory foam pillow. I’ll give it more time, and practice during the day.

More recently, I came across a different technique that tamed the sticky mess more to my liking. It involved using a bench scraper to fold the dough into itself, a more gentle, and neater, kneading process for higher hydration doughs. 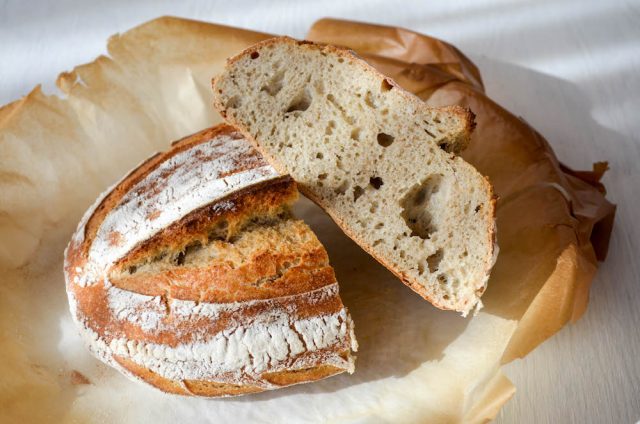 Once the dough is kneaded and shaped, it looks a little frazzled in the banneton. Scraggly at best, unlike sturdier dough with higher flour content. Don’t fret. Once it bakes, you’ll never know it was once a limp, wiggly ball of dough.

I know what at least one of you is going to say—“Jennie, what about no-knead dough?” I’m firmly in the no thanks camp when it comes to no-knead dough for making bread. I’ve made more loaves than you can imagine, and have never been thrilled with the rise, and there’s really no convincing me at this stage of the game (but do what you love if it works for you!).

My pizza dough is another story.

This sourdough pizza crust does actually call for kneading the dough, but I’ll let you in on a secret: you can just mix it, and store it in a container in the fridge for up to 4 days (I think it’s perfect at day three). No kneading necessary! When I’m making dough to freeze, however, I find a kneaded, firmer dough holds up, and thaws out better. 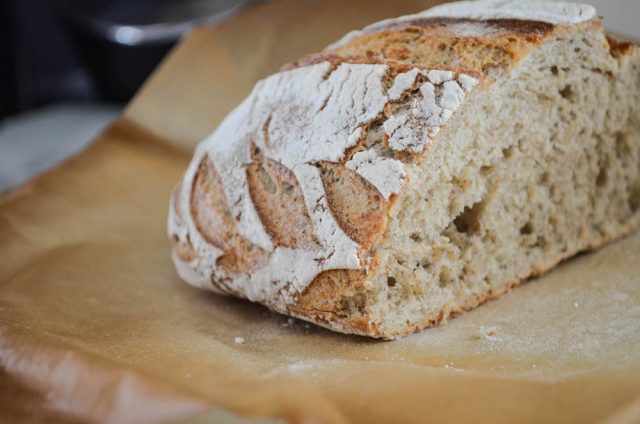 But let’s get back on track with this Rye Sourdough Boule.

On one particular occasion, my haphazard approach to how much and what kind of flour I use resulted in one of the most amazing loaves I’ve made since my sourdough journey began. Thankfully, I’ve a good memory for these things, and immediately wrote down what I did. I then proceeded to bake the loaf again, identically following the directions and measurements, three days in a row. Each loaf was a stunning replica of its predecessor. And now you can make one in your own kitchen, too.

On that note, here’s the recipe for my absolute favorite new Rye Sourdough Boule. It’s a swoon-worthy loaf. I hope you enjoy it as much as the girls and I do.

p.s. A proper bread lame is such a worthwhile investment if you bake bread often. The sharp edge of the razor blade allows for swift, deep cuts that produce the thick, crusty caps you see so often, or to create intricate scoring designs. This one is my favorite. (no commission made from this link; I just really love this lame!) 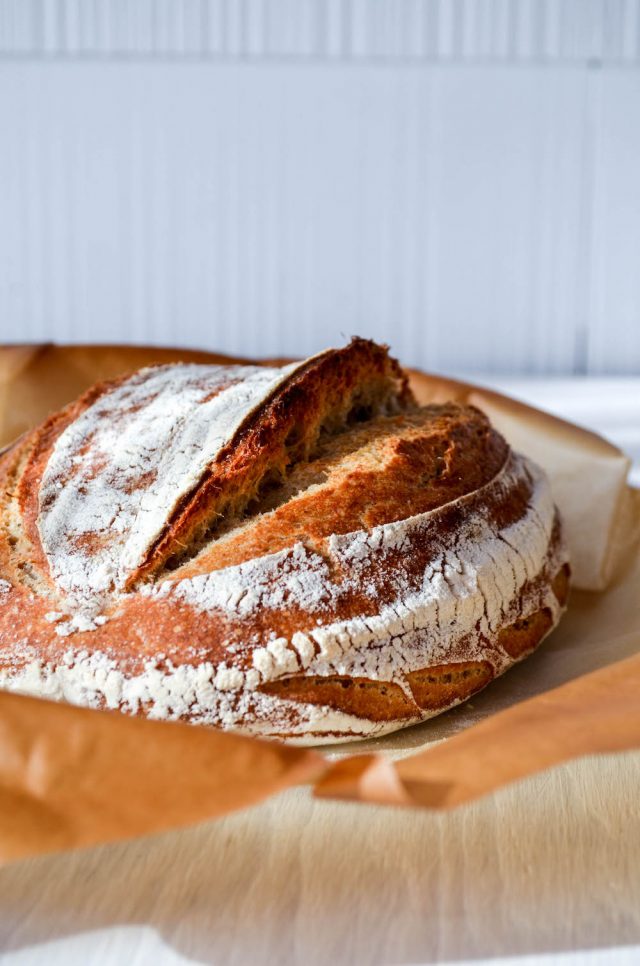 Posts are free for everyone to read. Recipes are for paid subscribers only.

Seven Years Ago: Apple Allspice Muffins, Hearty Vegetarian French Onion Soup, to have and to hold (day 68), Love is Strange