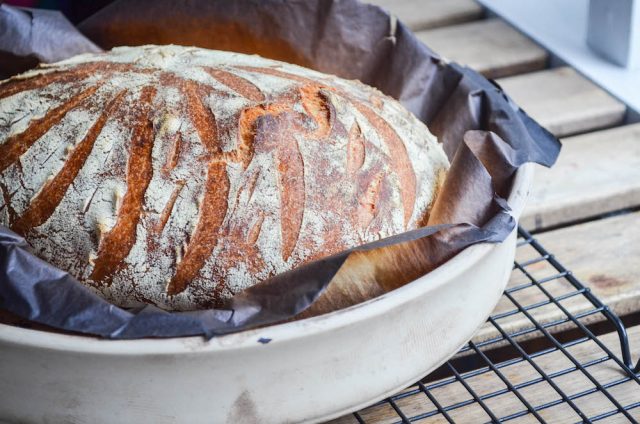 I’ve talked a lot about salt here, both the crucial role it plays in cooking, and the fact that perfectly seasoned food doesn’t taste salty, yet you notice the moment it’s missing. I’ve written about that last part as if it’s a travesty. To some extent, that is quite true. But what about when salt is intentionally left out of a food? Such is the case with Tuscan bread.

While I’ve known about Pane Toscano for ages, making it at home was sort of a happy accident. I keep biga in my fridge (a firmer sourdough starter) to pull from during the week. This allows me to keep my base sourdough starter in the fridge where I can feed it weekly, instead of feeling tied to the daily routine of feeding it.

The starter-water-flour ratios for Pane Toscano are very similar to making a biga.

Still, I hadn’t connected the dots between the ease of making Tuscan bread, and the joy in eating it until I decided to pull a ball from my biga to make a quick pizza for lunch one day a few weeks ago.

Absentmindedly forgetting biga doesn’t contain salt, I went ahead with my pizza making. It was upon the first bite I noticed something was different, and that’s when I remembered the error of my ways, or was it? The lack of salt in my pizza dough allowed the toppings, in this case a simple tomato sauce, grated Pecorino, and fresh mozzarella, to take front and center stage. 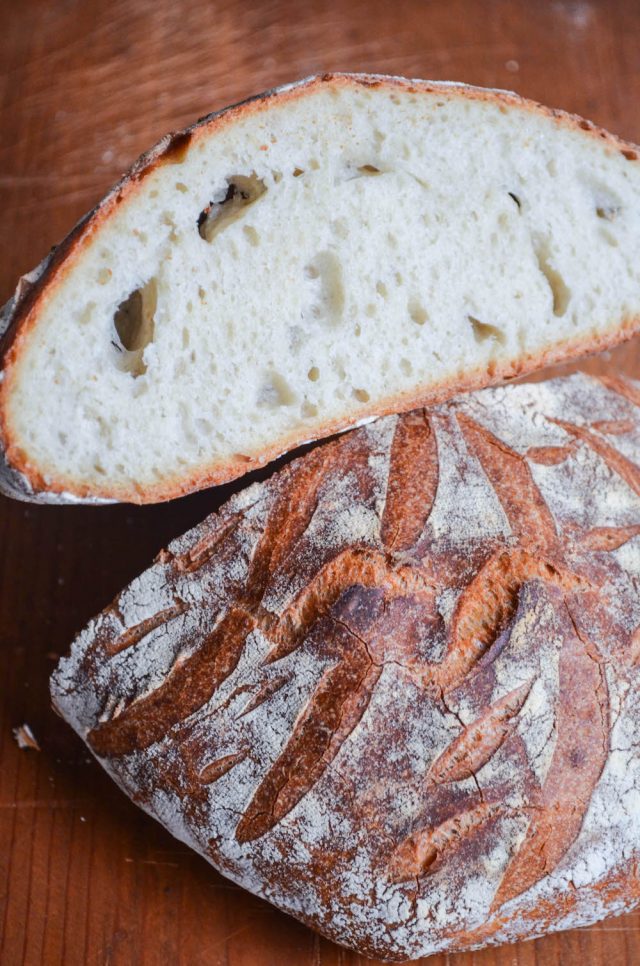 This isn’t to say the crust was an afterthought. In fact, the crust, rather than playing a mere supporting character for the toppings, also had a more distinct flavor, allowing the sourdough taste to really break through.

The most common story detailing the origins of Pane Toscano date back to the Middle Ages.

Most articles highlight the possibility that salt was expensive during the Middle Ages, and since tradition is core to the foundation of Italian culture, the thought is Tuscan bakers kept to their routine even after salt became less cost prohibitive.

It’s often inferred that Pane Toscano isn’t meant to be eaten on its own, and more of an accompaniment to a more flavorful dish—soups, stews, certainly a perfect bread for panzanella, another dish of Tuscan origin. Perhaps I’m weird, but I love eating just a slice of it slathered with salted butter. I guess that’s not really plain, after all but you know what I mean, right?

This recipe for Pane Toscano is based off my own experiments with making biga and various breads from my sourdough starter.

A lot of recipes online, and in cookbooks, are yeast-based. I’m a total convert, though, since using my starter, and I also think the sourdough lends a necessary tang to this bread. Maybe I wouldn’t be so enamored with Pane Toscano if it didn’t have that sourdough kick? 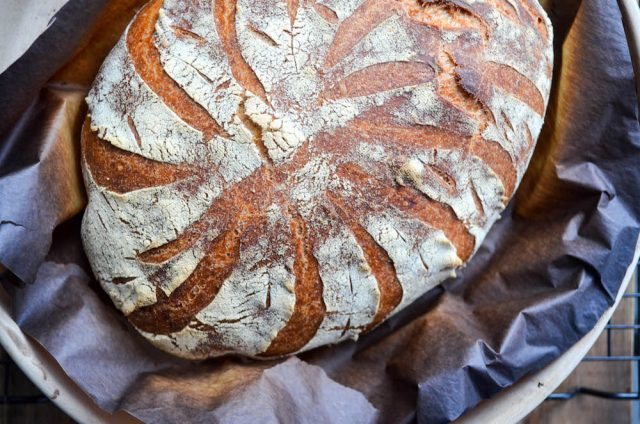 Jim Lahey’s recipe in The Sullivan Street Bakery Cookbook uses a mix of starter and yeast. In fact, a lot of his recipes in that book call for a mix of both, which I find so counterintuitive to the philosophies behind sourdough in the first place. Lahey gives reasoning for this method, and it escapes my mind at the moment. If I can find the passage in his book again, I’ll make a note of it here.

As mentioned earlier, this recipe is close to my biga, based on a 1:2:3 ratio of starter-water-flour. Not an exact ratio but close enough, and remember dough is very environment-driven. Heat and humidity mean it needs less water. Cold, dry air means the dough will be more thirsty. Unlike other breads I’ve made that require a long proof since sourdough takes more time than working with yeast, I find my Pane Toscano is ready to bake after just a few hours, 3 to 4, of rising in a warm spot, or in the oven with the light on (the oven itself is not turned on). This is due to the higher ratio of starter compared to other bread recipes.

You can also make the dough, shape the Pane Toscano, and let it rest in the fridge overnight.

Pull it out about three hours before you intend to bake, so it can shake off the chill thoroughly. Baking a cold, even faintly chilled loaf, results in a tighter, less springy crumb. I can actually taste the stress the cold dough underwent being forced into a blazing hot oven. Is it odd to be so connected to a humble mixture of water and flour? Perhaps, but normal is the last word I’d ever use to describe myself anyway.

I’ve yet to the tell the kids it’s a different bread than what I’ve been making, and they’ve yet to say anything about it. I think that’s ultimately a good thing, signaling they like it. These girls are quite vocal, and if they truly disliked this unsalted bread, I’d already know about it. 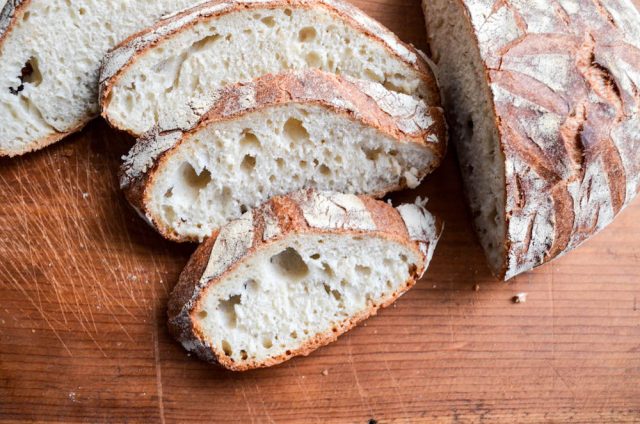