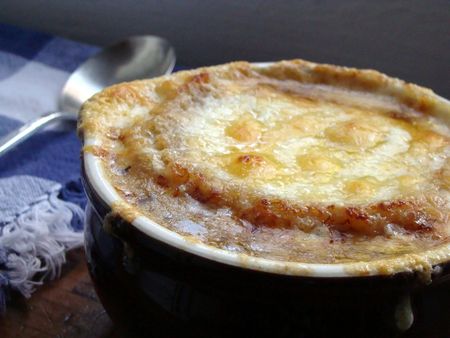 I've reverted to my real old school ways. I'm keeping a paper calendar again. I know, this is so 20th century. Those who know me, are not surprised. Much as I love technology, the inner workings of it are not my strong suit. Honestly, it's hilarious I publish this blog, and am considered a social media maven in some circles—until last week, I didn't know how to load a cd on my iPod—seriously!

After 16 years together, Mikey and I morphed into one whole unit. We each had our strengths, and compensated for the other's weaknesses, for lack of a better word. He was the tech guy. New computer, no problem. He'd magically make all my files appear.

Printer not playing nice? A few curse words later, and all my tech worries were a memory.

My comfort zone was obviously in the kitchen, so much so that I unseemingly pushed Mikey out of it. I became a zen master at getting a homemade dinner on the table in no time, often pulling a meal together from simple pantry ingredients. He was always amazed at what I'd "scrounge" for dinner on a moment's notice.

I don't have many regrets, but I wish I would've let my grip in the kitchen go, so maybe he would've felt more welcome to stand by my side and chop an onion. My strong suit, and fault, is that I'm a perfectionist and a quick learner. This can be very intimidating. The ease and speed with which I breezed through the kitchen kept Mikey in awe, and also deterred him for fear of making a mistake. Friends who have cooked with me, know that's not really the case. Mikey was a sensitive creature, though, and I should've been more gentle and reassuring.

I also wish I would've learned how to set up the computer network. He took that with him three days after he died, and I've been stuck in a tech netherworld, having to actually plug the printer into my laptop to print a document. That's the least of my worries, though.

I've let my hair down a bit in the last 65 days. I'm trying to see what works for my new normal, fully aware that it will change based on the needs of each day.

I'm more willing to push the boundaries of bedtime on Friday and Saturday nights. I've even been venturing out to restaurants with them more than Mikey and I ever did. I'm very conscious of how suffocating motherhood can feel when you're doing it all on your own. This has nothing to do with love. It is about realizing I was a fiercely independent person before my life changed so drastically on August 7th. Understanding my need to not feel trapped is vital in navigating these new waters. All that talk about work-life balance is being put to the test.

I try to approach each day with a set of fresh eyes. Finding joy and pleasure in simple things, like browning onions in butter to make this soup. Tonight I came home feeling a little down. I decided I didn't want to cook and ordered pizza from Enoteca, a local wood-burning oven joint, one Mikey and I went to a few times for date night. I've never been disappointed by them, but from the first bite this evening, I was filled with regret. I knew I could've made something way better myself, and saved money too.

So I marched into the kitchen, and sliced the onions that had been sitting on the counter for a week now. I'd been planning to make this soup but the urge just hadn't struck me. That takeout delivery was just the kick in the pants I needed. By time I was done tucking the girls into bed, the soup was finished. I already feel better about waking up tomorrow, knowing I'm starting the day with dinner ready and waiting for us in the fridge. Right now, it's all about savoring the small victories.

I originally published this recipe almost two years ago. For some back story and a few more pictures, and to see why this recipe is so special (hint: it's the heartiest vegetarian French Onion Soup you'll ever taste), go read the original post.

4 ounces shredded Provolone, Swiss, Gruyere, or any melting cheese of your choosing

Melt butter in a 6-quart stockpot over medium-high heat. Add onions, bay leaf and season with salt and pepper; stir to coat well. Saute until they begin to soften and become golden, about 15 minutes. Cover pot and reduce heat to medium-low. Cook, covered, until onions are softened, about 20 more minutes.

Remove and discard bay leaf. Stir, scraping up browned bits at bottom of pot. Raise heat back to medium-high and slowly pour in the water. Add garlic clove, sherry vinegar and molasses. Bring to a boil. Reduce heat to a simmer and cook for 10 more minutes. Taste, and season with additional salt and pepper if necessary.

Preheat broiler. Evenly ladle soup into 4 oven-safe bowls. Place one slice of toasted baguette on top of each. Evenly sprinkle cheese on top and place on a rimmed baked sheet. Cook under broiler until cheese is golden and bubbly, 3 to 5 minutes.