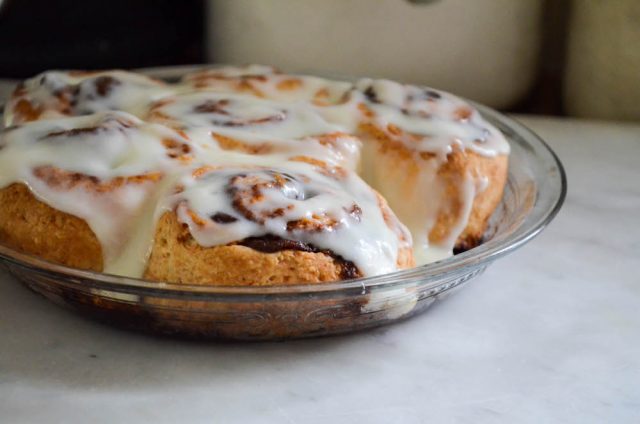 It’s been on my mind a while now to scale down my recipe for cinnamon buns. Much as I love leftovers, and making use of them, some things are just meant to be eaten fresh, the day they’re made. I feel strongly about this in the case of cinnamon buns, and this Small Batch Cinnamon Bun recipe fits the bill.

It felt fitting to tackle scaling down this recipe yesterday, finally accepting that our family has a much smaller appetite with only three people. It’s only taken six years for that to truly kick in. Back when I lived in Brooklyn, my cooking routines stayed pretty much the same, being so close to friends that were all too happy to join us for dinner, or accept a tray of food.

My neighbor loves being the recipient of such care packages now, but one couple can only eat so much. So, less waste and smaller portions start with creating smaller recipe yields.  This Small Batch Cinnamon Bun recipe makes just six cinnamon buns. Just enough to have leftovers to nibble in the afternoon, but not so much that it ends up hugging the trash can by evening’s end. 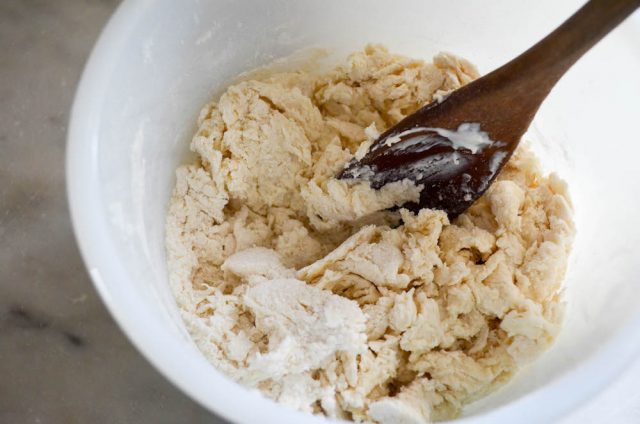 Scaling down my original recipe wasn’t really a big deal, but a reminder of why cooking deserves a place front and center in schools, public and private. So much of cooking is about math and science. This is also a good case (again) for using a digital scale, and baking by weight. Grams are easily divisible, even when they require a simple rounding up. Cups are trickier, since we’re shackled with measurements in 1/4-cup or 1/3-cup increments. Listing cups with a combination of tablespoons (i.e. 1 cup plus 2 tablespoons) is not the norm, and rather frowned upon in American recipe writing. 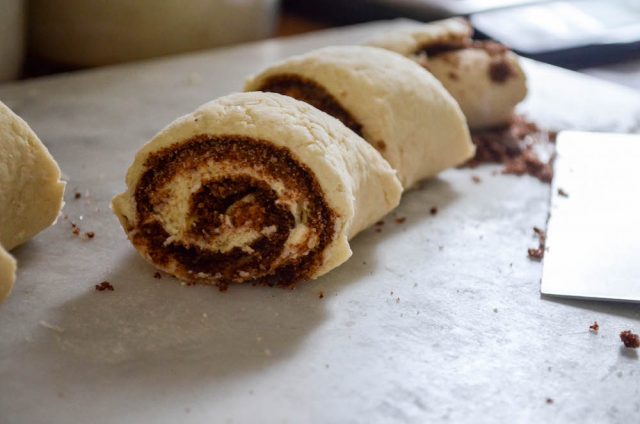 I made another change to in the process of scaling down my original recipe into these Small Batch Cinnamon Buns. Finding a buttermilk I like has proved challenging since one of our local grocery stores closed. Rather than drive 35 minutes into Kingston, I decided to use yogurt in place of the buttermilk. You know what? I kind of like these cinnamon buns better. They’re tender but not too delicate, meaning the yogurt gives it a bit more structure than buttermilk, but they both have an acidity so I didn’t have to tinker with the other ingredients to balance out the chemical reactions that occur in baking. 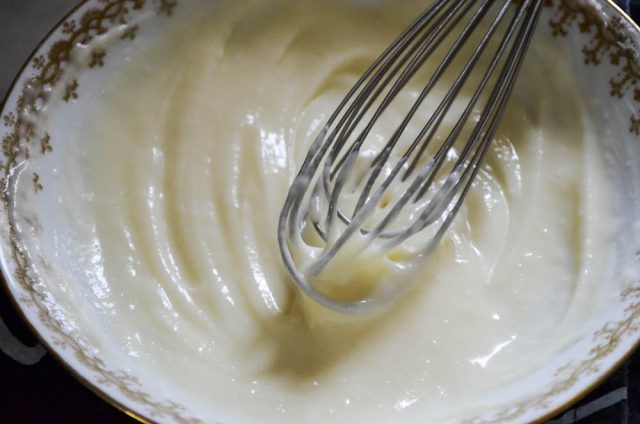 The lucky child that rises from bed first gets to choose their cinnamon bun first, and you know what that means? It’s fine by me that Virginia took the usually coveted center bun, you know the one where all that icing pools in the middle. Much as I’m enamored with the dance of how the thick icing streams off the end of the whisk onto the hot-from-the-oven buns, I much prefer an end piece with just enough icing to appreciate without feeling overwhelmed by a sugar rush. You can even choose to skip the icing, and eat them plain, or serve the icing on the side as a dipping “sauce”. 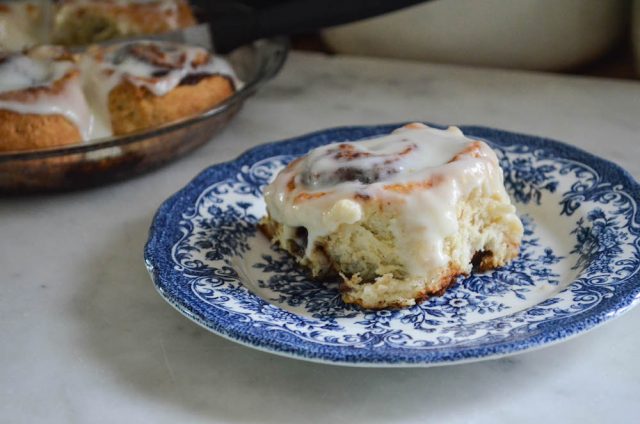