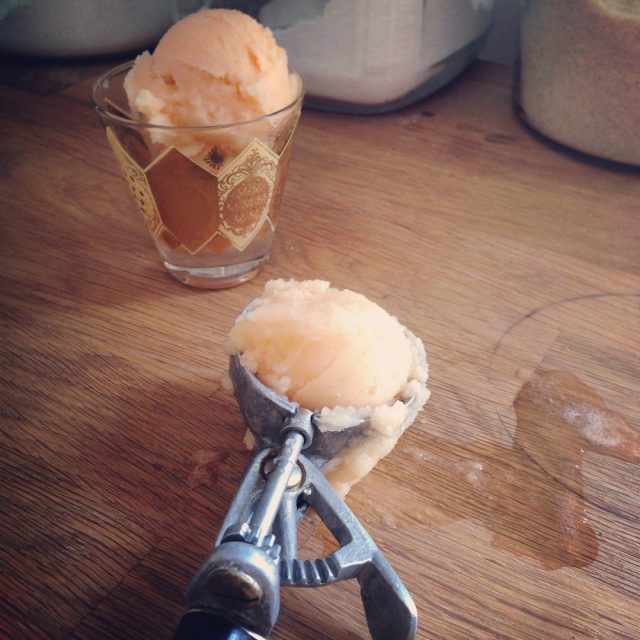 As I walked up the stairs from the basement today, I decided to do something I haven’t done the last three summers. I piled beach towels on the bed, found our raincoats in the attic, and began gathering my kitchen essentials to start packing for our Cape trip. We leave in three days. This was my routine for many a summer. I would start preparing for our annual trip to North Truro a week in advance. We waited all year for those two coveted weeks to escape from it all. Back when we first started going, cellphones were just coming into popularity, and we didn’t yet feel the need for them. A few summers later, when we finally had them, reception was very intermittent all the way out there. It was easy to unplug. As time went on, it became more challenging, but we were determined to preserve that old Cape magic.

The first summer we went without the Mr. was just two weeks after he died. Looking back, I don’t know how I even managed it. I just remember knowing that he would be there waiting for me; that is what made me so certain that we had to go.

The years that followed, 2012 and 2013, we went because I couldn’t imagine not going. It was hard being there, but the idea of not going seemed harder. Much as I tried to move forward, I wasn’t ready to say goodbye. And so, packing for those trips was always done hastily, usually the night before. My motto became “so long as I have my girls, I can buy whatever I forgot”.

This time it’s different, though, and I can’t quite put it into words. Could it be that three is a magic number? A portal, perhaps, in which my heart and mind are now truly willing to listen to the words etched on my arms?

In years past, we needed that trip to seek refuge from a place we no longer felt comfortable living in. New York City had become akin to a favorite shirt, you know the one you can’t bare to part with, regardless of the too-tight fit, faded color, and maybe even a few holes in it. New York had become our golden boy, gentrification fraying the edges of our beloved city.

This year, though, it is not refuge or escape I’m seeking. I’ve found that in our new home. I sit on my front porch at night, serenaded by cicadas as I read. When I kiss our girls on the top of their heads, as they tumble inside, the scent of dirt and fresh air tickles my nose. This summer we are not running away from something, perhaps therein lies the difference. 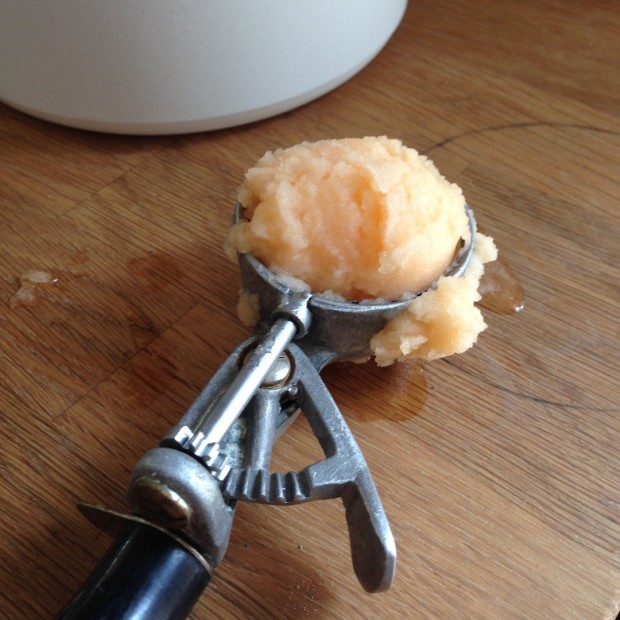 Music Pairing: Let’s Go Away for Awhile by The Beach Boys

I haven’t seen honeydew at my local farmstand, but if you do, I’d totally try swapping that in place of the cantaloupe, too. You can also use flavored simple syrups for a layer of flavors. Just infuse fresh herbs of your choice when making the syrup (rosemary, mint, and lemon thyme would be nice pairings with the cantaloupe). One last idea—what about making an adult “float” with this sorbet? Imagine a scoop bobbing in a bit of prosecco.

PLEASE READ BEFORE SHARING MY RECIPES: I really appreciate that you like my recipe enough to want to share it with your readers. I work hard at developing them, and the only way to way to truly show your thanks is to LINK to the recipe. If you feel the absolute need to reprint the recipe, then you must rewrite the directions in your own words, and give credit as “recipe by In Jennie’s Kitchen” with a link back to this page. If you make sufficient changes to the recipe, then you may list it as “adapted from In Jennie’s Kitchen”, again with a link back to this page. Thank you!

Place the freezer bowl of your ice cream maker in the freezer at least 24 hours before you plan to make the sorbet.

Add all of the ingredients to a blender. Pulse a few times to break up the cantaloupe, then blend until it becomes a smooth puree. Pour the mixture into the freezer bowl of your ice cream maker. Churn for 15 minutes, or until it is firm enough to scoop. You can serve the sorbet immediately, or store in a covered container in the freezer for up to one week.