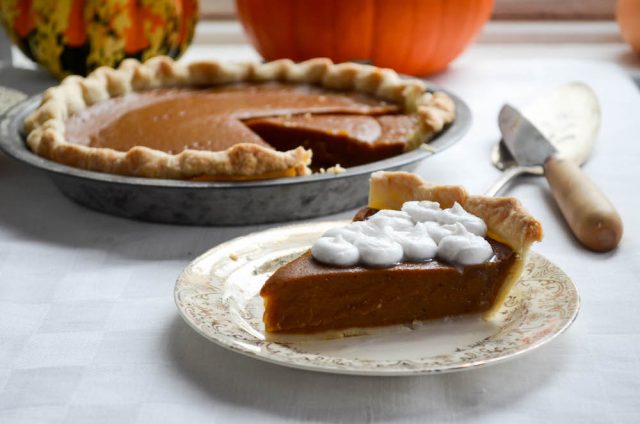 It’s well established that as an omnivore, dairy is a part of my life. Still, I love developing recipes that can be enjoyed by a wide range of people, and so the idea of creating a Vegan Pumpkin Pie is one I wanted to make a reality a few weeks ago.

Pumpkin pie is one of my favorites. In a way, the ability, or preference to eat a varied diet, makes me a more discerning taster, and developer when it comes to working on vegan recipes. I could choose to eat any one of these pumpkin pie recipes, so a vegan version needs to be as strong, if not better, to contend with them.

There are a lot of vegan pumpkin pie recipes that use flax eggs. I opted for cornstarch as the thickener, and egg replacement, feeling it would result in a smoother, velvety filling.

I used cashew milk in the filling, but you can also use coconut milk, which would lend a lovely flavor, or any other dairy-free milk of your choosing. Canned coconut cream (not the creamer sold for coffee) would work well, too. Just be sure to really mix it with the coconut water, as it tends to separate in the can. 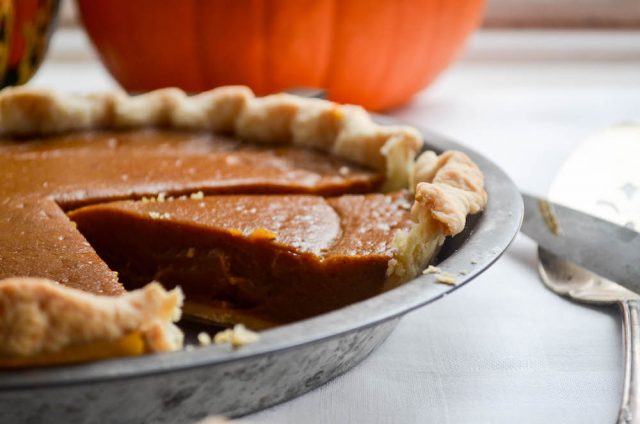 Speaking of canned coconut cream, that’s what I whipped up for the topping to this Vegan Pumpkin Pie. I whipped the solids into a cream, and saved the liquid for using in smoothies. The great thing about this is the coconut is sweet enough on its own without the need for any additional sugar. 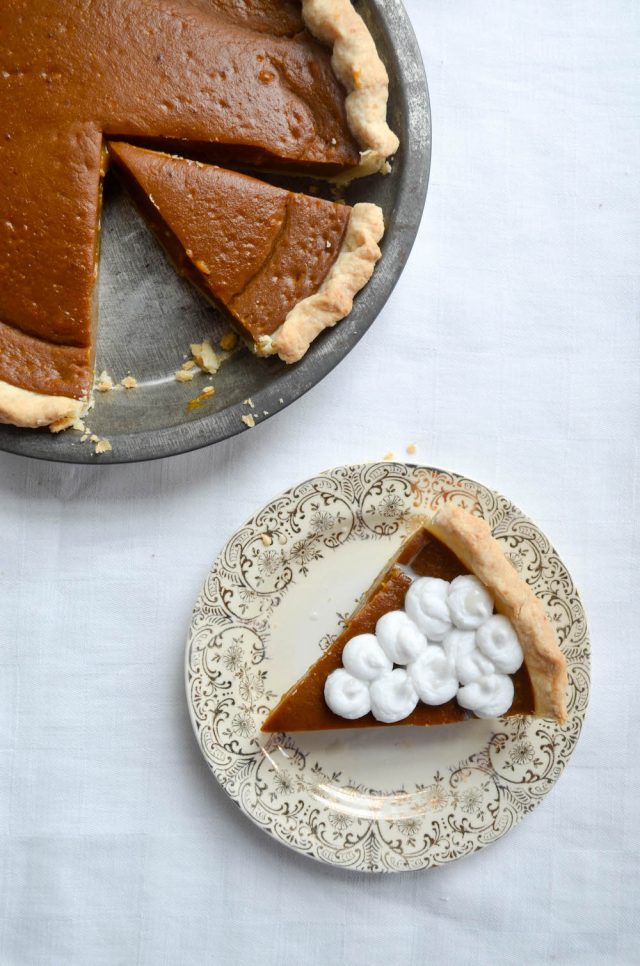