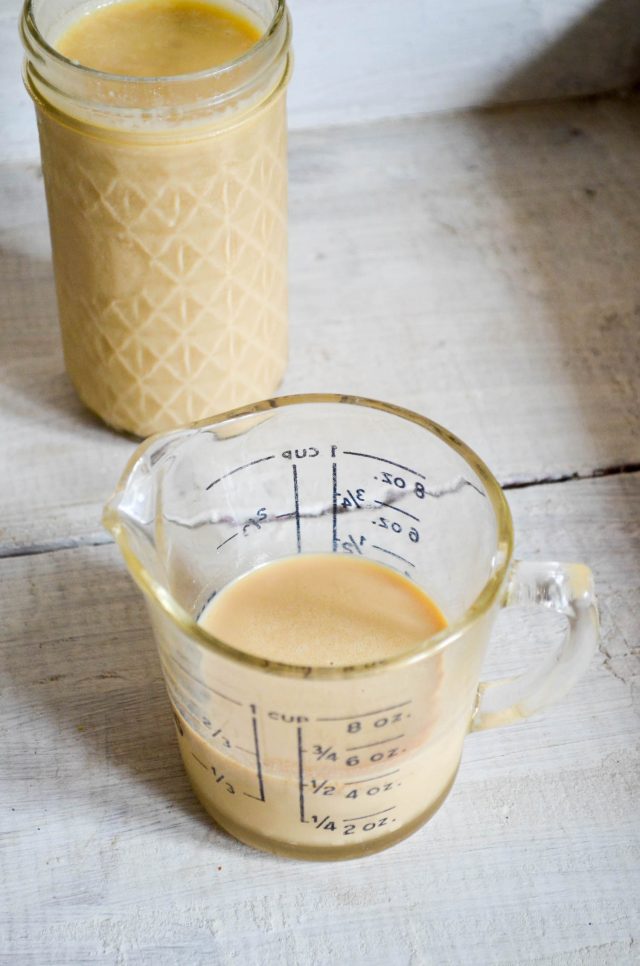 After making homemade evaporated milk last month, my mind wandered to sweetened condensed milk. In both cases, I only use each ingredient a few times a year, so used that as a way to justify the fillers and stabilizers (though there is one organic brand that does make a sweetened condensed milk with just milk and sugar). Now that I have homemade versions of each, I expect to use them more often. And yes, I’m hoping to try some dairy free versions, using my homemade almond milk. Stay tuned for more on that.

The reason I ultimately decided to make my own sweetened condensed milk is mainly because I wanted a refined sugar free version. Now, sugar is still sugar, and I’ll be the first to say that cutting back on all types has been essential in my weightloss and overall feeling much healthier from the inside out.

I’m still a mama, though, and have two ice cream loving kiddos. Earlier this year, I got into making easy, no churn ice creams, with sweetened condensed milk being one of the main ingredients. This new refined sugar free version uses maple syrup, resulting in a sweet treat I feel a little better about making. I’ll be sharing the recipe for my Maple Vanilla Ice Cream in the next few days, hopefully just in time to go with you pie for Thanksgiving (I can’t believe that’s already next week). I also used this sweetened condensed milk to make Pumpkin Pie Waffles. They are insanely good. That recipe is coming very soon, too!

As with making homemade evaporated milk, your slow cooker does all the work in making Homemade Sweetened Condensed Milk.

Evaporated milk is the process whereby you reduced the water content of regular milk. Sweetened condensed milk is the same, except, you’ve well, added a sweetener. In this refined sugar free version, my homemade sweetened condensed milk recipe uses maple syrup, as I mentioned, which also means it has a distinctly maple syrup-like flavor, so keep than in mind when using it in recipes. I’m betting it would taste pretty darn delicious in your coffee, too. 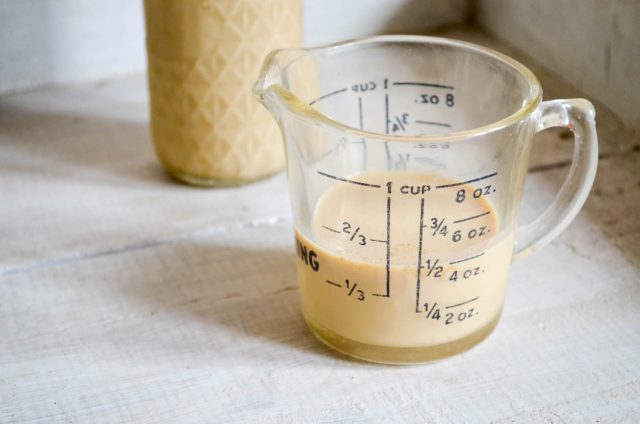 Maple syrup is the star in this homemade sweetened condensed milk, instead of sugar. | In Jennie’s Kitchen 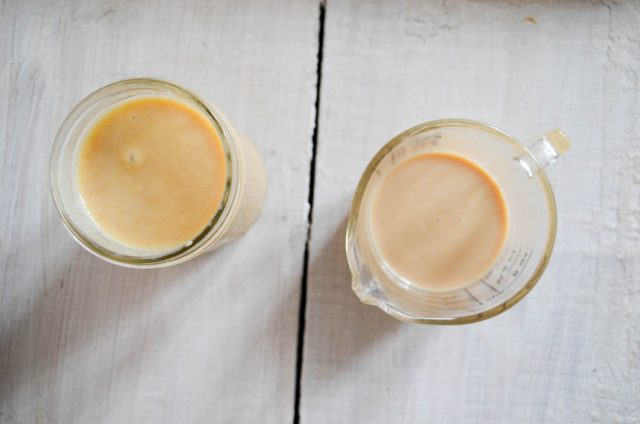