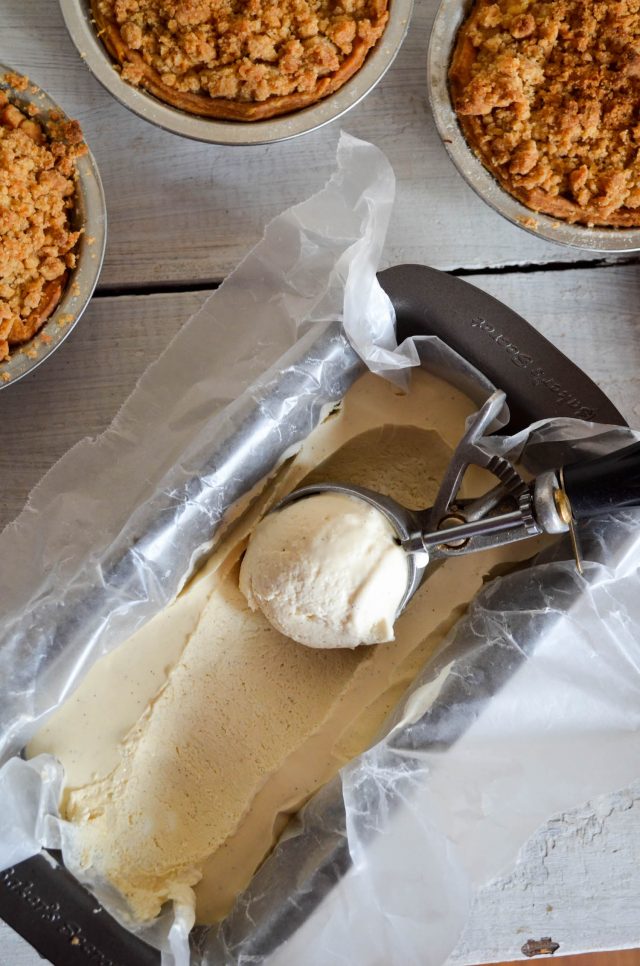 I truly wasn’t prepared for the warm welcome this No Churn Maple Vanilla Ice Cream received when my kids first tasted it. They’re my most discerning eaters, usually never agree, and have a major sweet tooth. Would a refined sugar-free ice cream really pass the test with them, even though I knew it would be amazing after swiping a lick from the remnants in the bowl after mixing the batter?

Yes. The answer is a big, fat yes that left me with a mile-wide smile. Isabella loved it so much, she’s been requesting another batch since I last made it a few weeks ago. So, yes, this No Churn Maple Vanilla Ice Cream is definitely on our Thanksgiving menu. My girls are pie a la mode people. I’m more of a fresh whipped cream gal.

Making a refined sugar free no churn ice cream was kind of my sole purpose for trying my hand at that Homemade Sweetened Condensed Milk I wrote about here last week. I was at first tempted to just combine the milk with whipped cream for an easy 2-ingredient no churn ice cream. I mean, two ingredients just sounds easier than three ingredients, right? 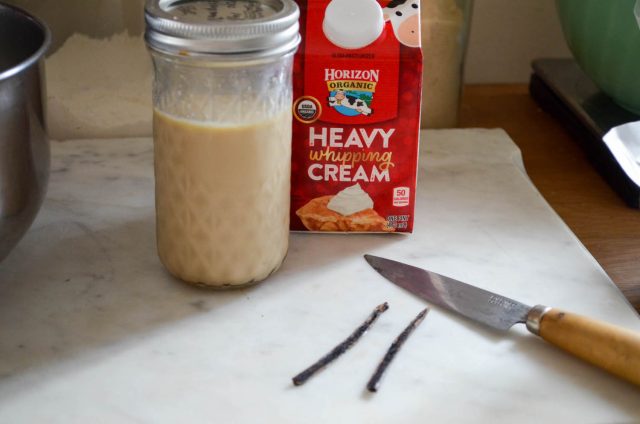 All you need are 3 ingredients, and less than 10 minutes to make this No Churn Maple Vanilla Ice Cream. | In Jennie’s Kitchen

Scrape the beans on a counter or cutting board to remove the seeds. | In Jennie’s Kitchen 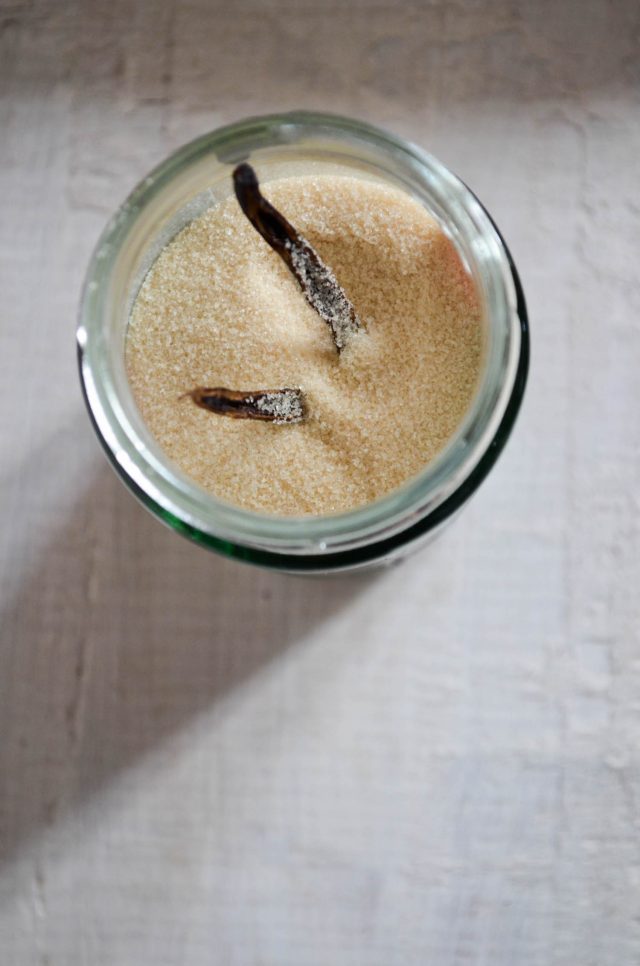 Make use of the scraped pods, and tuck them into a jar of sugar to make a homemade vanilla scented sugar. Great for cookies and baked goods, or a nice hostess gift for the holidays. | In Jennie’s Kitchen

Well, really the extra ingredient doesn’t make it more complicated at all. Perhaps a little more expensive since vanilla beans can be pricey, but you can easily swap in pure vanilla extract if you want to save a few bucks.

The maple flavor is, well, you might’ve already guessed, rather prominent in this No Churn Maple Vanilla Ice Cream.

And that’s exactly what worried me as the kids went in for their taste test. They love maple syrup for pancakes, waffles, and dipping bacon, but would it fly for them in ice cream? 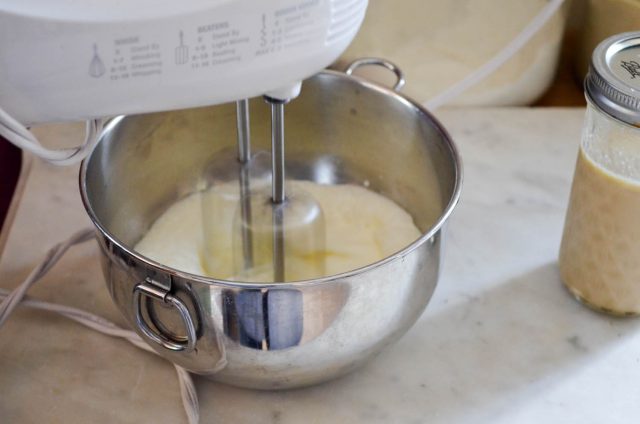 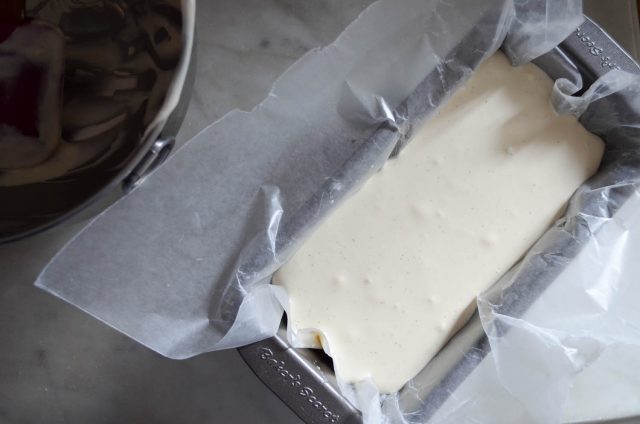 They declared this the best ice cream I’ve ever made. Ever. That’s saying a lot, and now I feel like I’ve set an impossibly high bar for all future ice creams.

While the ice cream was chilling, we baked up some mini apple crumb pies for dessert. I’m thinking this may be the way to go for Thanksgiving, too. The girls love apple pie, and I love pumpkin pie. We’ll either arm wrestle to see who wins, or make minis so no Perillos are harmed in the making of our Thanksgiving dessert. 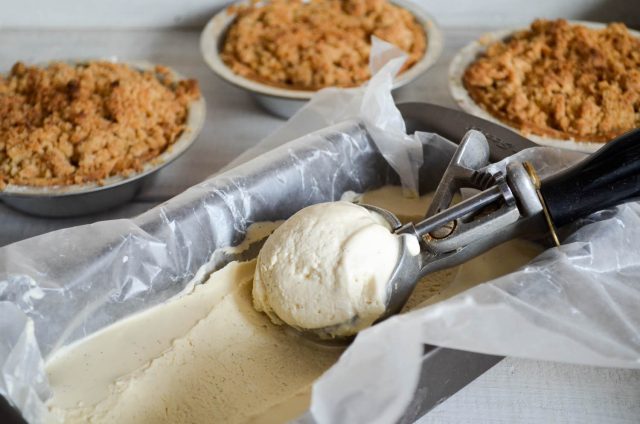 More from In Jennie’s Kitchen 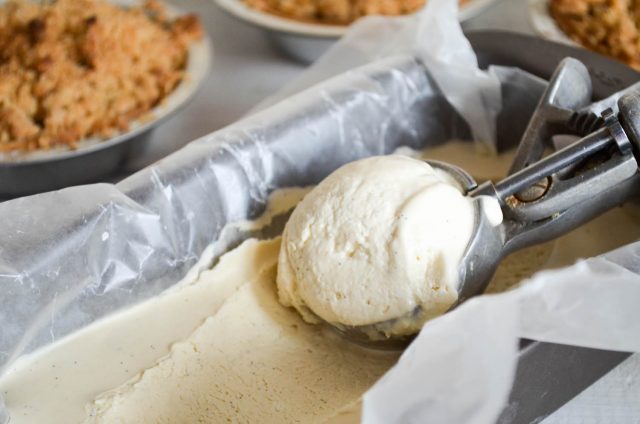