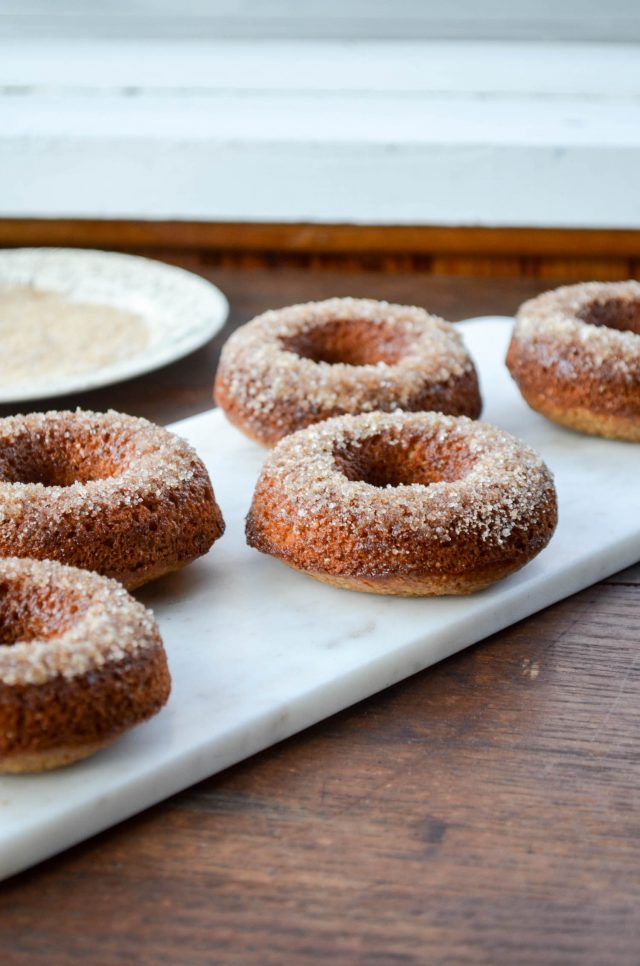 We live less than 20 minutes from some of the best apple cider doughnuts, ever (Davenport’s farm stand in Stone Ridge, in case you’re curious), so it almost seems silly to have contemplated making them at home. The thing with most apple cider doughnuts is that they’re fried. I love a good doughnut, so don’t get me wrong here.

While thinking about recipes on my bucket, my mind drifted to apple cider doughnuts. I’ve always wanted to make them but the first step, reducing the cider by about two thirds, was always a sticking point. When it comes to baking for the sheer joy, and not work, I like to be spontaneous. I want my apple cider doughnuts in 10 minutes, not 40. Add in the frying part, and well the odds were not in apple cider doughnuts’ favor.

There’s a little work around to this—reduce the cider in advance. Make the most of the time while you’re doing dishes, folding laundry, prepping dinner, basically anything that keeps you around the house so you can keep a watchful on eye on the cider while it’s cooking down on the stove.

It’s going to feel like forever, or at least it did to me, but pay close attention as it gets towards the end of the reducing process. The apple cider will quickly go from concentrated to a crusted burnt on mess in your pot in those last few minutes (gee, wonder how I know that?!). Once it’s reduced, you can store it in the fridge for up to a week (maybe more, but I haven’t tested keeping it longer than that). 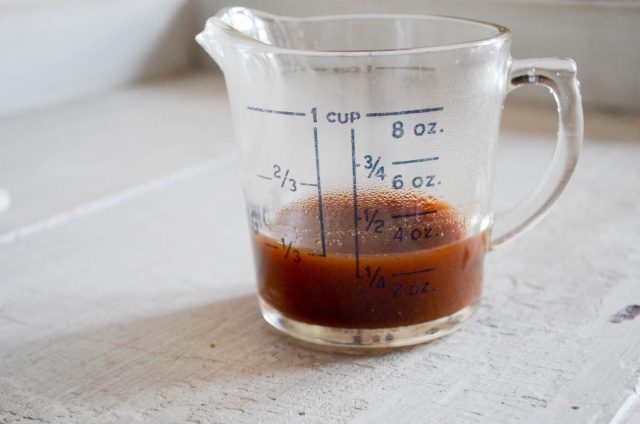 Reducing apple cider on the stove top is an important step in making apple cider doughnuts. This step can be done up to a week in advance. | In Jennie’s Kitchen

I decided to add my spices to the cider while it was reducing to save a few seconds on the next step, which is making the batter. I’ve also chosen to fool myself into thinking these are a better treat for the kids since they’re baked and use whole wheat pastry flour. I mean, that pretty much makes them a health food, right?

Why make apple cider doughnuts when we can easily buy them at the local farm stand? Simple, because they’re much easier than I realized.

I had very stiff competition, and was a bit nervous to let the kids taste test. Isabella loves apple cider doughnuts. She also isn’t shy about telling me when she doesn’t like something. Virginia isn’t a fan of them at all, so I wasn’t expecting much from her.

The girls kept coming into the kitchen while the apple cider was reducing, asking “Mommy, what are you making that smells so good?,” so that gave me some hope. When the first batch was done, I put them on the table and let them have at ’em. Squeals of joy were heard after the first bite, from both kids, and my genius, best mommy ever status was intact. They didn’t even care that they were baked, and not fried. They tasted amazing, and that was all that mattered. I’ve since made this recipe a half dozen times, and their love for them is still going strong. 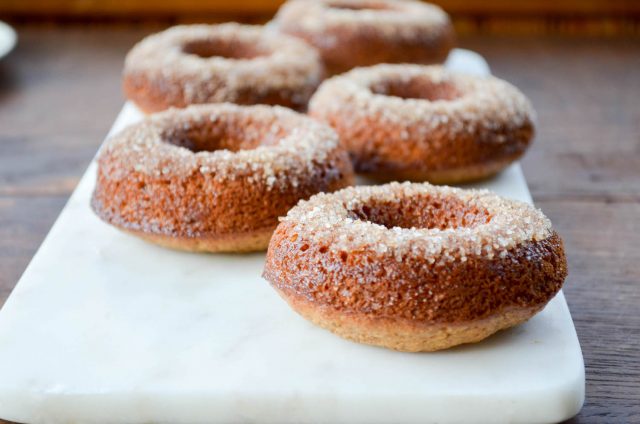 All the flavor, with less fat since these Apple Cider Doughnuts are baked not fried. | In Jennie’s Kitchen

Favorite Recipes from Years Past 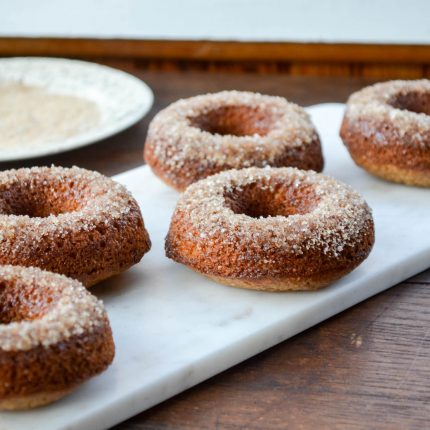 Using a pastry bag to pipe the batter into the pans yields even, uniform sized doughnuts. Alternatively, you can use a zip top bag. Fill the bag with the batter, and snip off one corner to use as a piping bag. The key to baked doughnuts is keeping a careful eye. I find they go from perfectly tender to dry and overdone quickly, so try not to multitask while they’re baking. In my oven, 8 minutes was perfect. The doughnuts should look dry and set on top, and spring back when tapped with your finger. For a Dairy Free Alternative, substitute shortening for the butter. Coconut oil will work, too, but keep in mind that it imparts a coconut flavor to the finished doughnuts.
5 from 1 vote
Print Recipe Pin Recipe
Prep Time 30 mins
Cook Time 8 mins
Total Time 38 mins
Servings 6