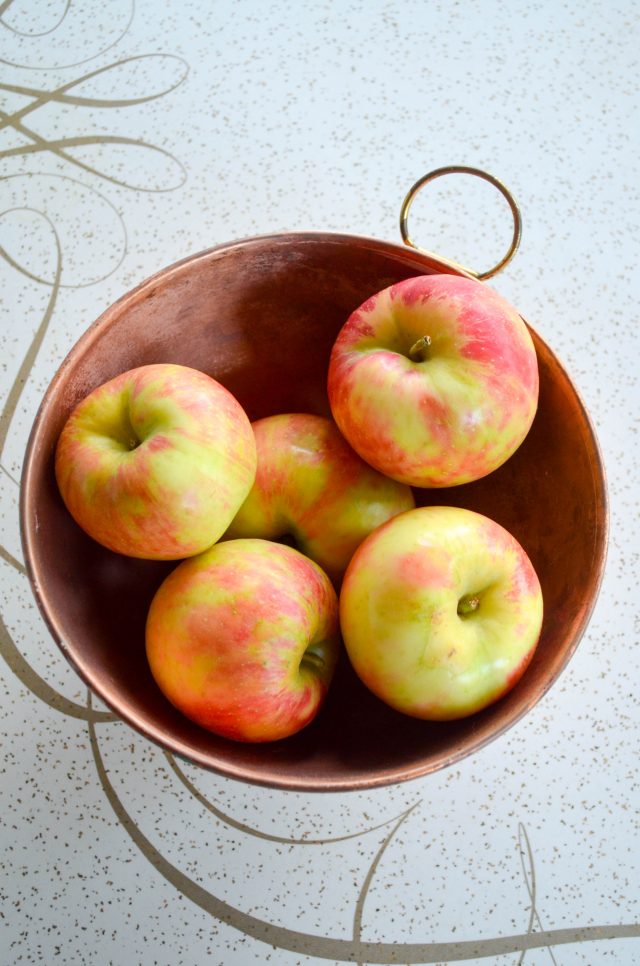 The change in seasons feels so abrupt from a farm stand perspective. One day you’re greeted with bountiful supplies of peaches, berries, and zucchini. Then, poof, seemingly just like that, it’s gone. So much hustle and bustle for a few months, and then it’s time for the land to fall back into a slumber.

Things are still rather busy at Montgomery Place Orchards. My last visit yielded fresh lima beans, eggplant, arugula, a ton of tomatoes pleading to be canned (that will hopefully done by time you read this post!), corn. And apples.

My girls are delighted to no end about this. They love apples, and since I try to eat seasonally, it’s rare to find an apple in our house during summertime, unless it comes from a farm that keeps them in cold storage from the previous season. They get a little persnickety about this sometimes, but for the most part they’re used to it, or I should say used to me, and my food philosophies.

And whether they know it or not, they’re learning a valuable lesson. Food tastes better when you eat it close to the source, which means eating seasonally based on what grows where you live. They’re in apple heaven right now. Me? I’m researching ways to try and store them beyond a few weeks. I’m not 100% confident I can pull this off. The cooler method in this Kitchn article sounds promising. Has anyone had success with this? 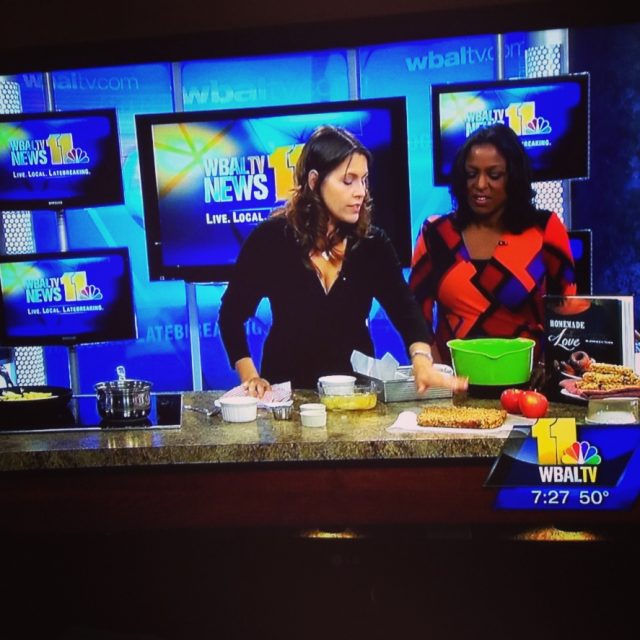 That’s me making my Apple Breakfast Bars live on WBAL in Baltimore a couple of years ago!

For now, I’ll be content to break out some of my favorite apple recipes. Isabella asked just the other night if I would make apple muffins. So, I’ll add that to her Practical Arts curriculum for homeschool. She’s keeping a recipe booklet, and cooking meals once a week. Apple muffins are pretty special in our house. I’ve been making them since she could eat solids.

When Mikey was alive we went apple picking every year. Part of our ritual was to come home and make muffins together. They’re also what I brought to the pre-K meet and greet picnic 9 years ago this month. And they were the star of a cooking show Isabella and I once did. Somewhere on Mikey’s old drives there’s a video. Looking through his old drives to find it has been on my To Do list for a while now. I will get to it, one day.

These days, though, we’re focusing on living in the moment. And that means it’s time to make apple muffins. I’ll share that recipe in coming weeks. For now, here’s a few of my favorite apple recipes from the archives to keep you happily busy in the kitchen. If you own Homemade with Love (you can order a personalized copy here), there’s an awesome Apple Cheddar & Pancetta Panini in there, too. I created that recipe with Mikey in mind, knowing his love for gooey grilled cheese runs deep, even in the afterlife.

Apple Breakfast Bars (Virginia asks for these ALL the time.)

Apple Cranberry Crumb Cake (So smitten with this cake.)

Brown Butter Apple Crepes (for when you’re too tired to make pie crust.)

Star-Anise Spiced Apple Cider (Great for fall parties—set it up in you slow cooker!)