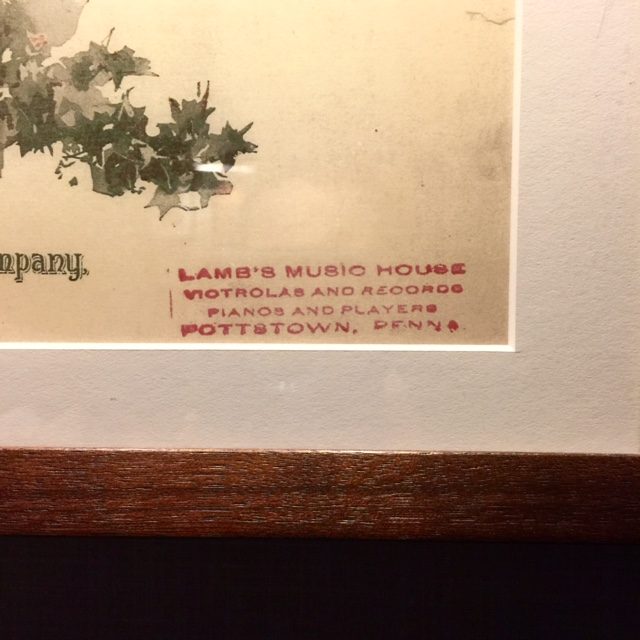 The last hours of 2015 felt littered with so many signs of the past. Initially, littered feels like the wrong choice of words. Litter is something unwanted, in need of removal. And yet, those signs tether me to another life, another world. It began as I neared the hotel. On paper, I should’ve realized where we’d be staying, but the weight of it didn’t fully compute until I arrived with the girls. Right around the corner from The Evelyn hotel is the building where we met, The New York Life building.

If you’re familiar with the NYC skyline, then you’ve seen it, too. It’s pyramid shaped top, covered in real gold, gleaming in the night sky, and brightly reflecting the sunlight during the day. The glow from the roof peeked into the bedroom of the hotel room, where the girls stayed, as if he were watching them drift towards sleep.

Then there was the photo in the living area of our hotel room. I don’t know why it caught my eye, but I noticed the stamp on the sheet music booklet. It read Pottstown, PA. That’s where my father died 18 years ago this month, at Pottstown Memorial Medical Center. 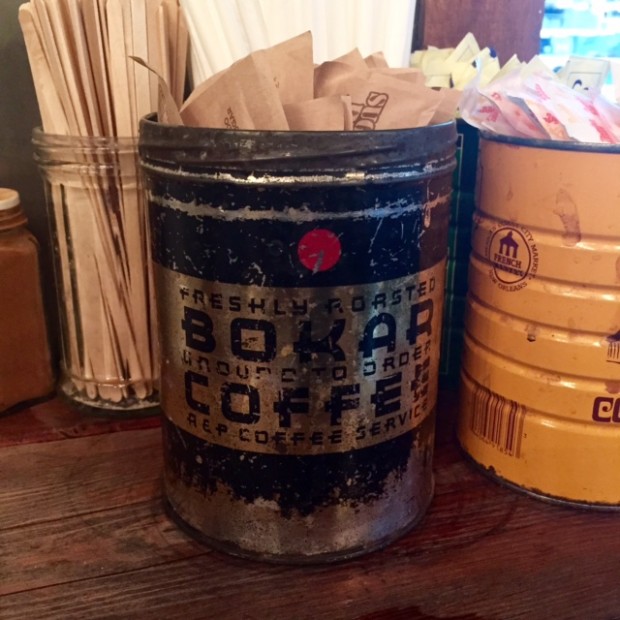 The next morning I stopped for coffee at the shop a few doors down from The Evelyn. A great little place, incidentally. Solid cup of joe, and lovely staff, so head over to Birch Coffee if you’re in the neighborhood. As I pulled a packet of sugar from the tin, I noticed they were crammed into an old Eight O’Clock coffee can. A framed, vintage Ladies Home Journal advertisement for the same coffee hangs on the wall as you enter my apartment here in Maryland. It was a gift from M on our first wedding anniversary, the traditional gift being paper (I gave him a leather bound journal). More moments began to rack up as the day and a half in NYC wore on. The ghosts were clinging to me as 2015 drew to a close. But, why? What were they trying to tell me?

Was life leading me on some sadistic trip down memory lane? Do we struggle with the letdowns of our past, cling to the unfinished stories so strongly that they manifest themselves into signs? Or are they just well-worn reminders of a life that has been lived?

The fog from which I was stuck in as January came to be has lifted a bit, my mind onto other pressing matters now. One chapter I closed literally, was finishing M Train. I hesitated starting the book after getting my copy at Patti Smith’s signing in D.C. I figured the longer I prolonged beginning it, the longer I could put off it having to end. Her writing is so eloquent, and her journey, emotionally speaking, was a familiar cloak; one I wear daily. I wish I could speak to her, ask her what those early years were like without Fred. How did she manage with two young children? Her Alamo, the bungalow in the Rockaways, seems to her what my little house in upstate New York is to me. Our refuge from the rest of the world. I wonder would she still love it so much if she lived there full-time, or does she stay just long enough to miss it when she’s gone? That’s what I realized about my house. The solitude of the long, cold winters weighed too heavily after one season, but stepping away from it these past eight months has strengthened my love for it, and all it symbolizes. I shall greet it with a wide smile when I pull into the driveway tomorrow afternoon.

I’m meandering, and not quite sure this falls neatly under the category of Thankful Thursdays, except that I’m deeply grateful for each day, and the opportunity it brings, regardless of the signs. I don’t’ always feel that way, but today I felt a little invigorated. I’m working on a new design for Simple Scratch Cooking, and excited about unveiling the Winter Issue, which will hopefully be ready to ship in a few weeks. In the meantime, here’s a few things that have left me feeling thankful, inspired, and pushed to do some deeper thinking this week.

Is The Drive For Success Making Our Children Sick? By Vicki Abeles (The New York Times)

Five Years Ago: Just Because

Two Years Ago: Walk Lightly in The Lives of Others