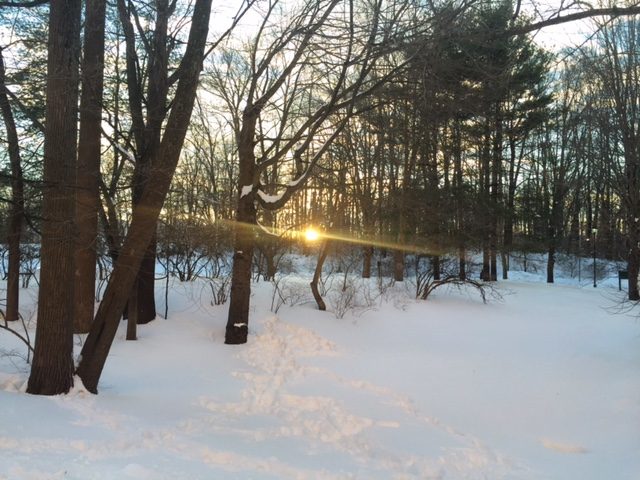 When I first set out to write a weekly post with the theme of thankfulness, admittedly, I was a bit nervous. I wanted to raise everyone’s awareness, and felt leading by example would be the best way. There are many things that happen throughout our days and weeks for which we should be grateful. And while the big occurrences thrust our consciousness into full focus, the real work begins in learning to appreciate the average, everyday ordinary good things that add up to a larger sum. Leading the charge meant holding myself firmly accountable, a reminder to keep myself mindful. That is a bit of a double-edged sword.

My goal is to always start these posts on Monday, to give myself time to ponder and think about all the little things that I’ve perhaps overlooked. The moments that have value, often without realizing it when they’re happening. The reality in my work life balance is that I usually write these posts on Wednesdays, and sometimes finish them as late as Thursday mornings (case in point!). Part of it is that I can’t commit words to paper just because I’ve committed myself to a weekly theme. I don’t see the point in wasting my time, or yours. And yet, each week since Thanksgiving, inspiration has struck, letting the words flow from my fingers to these pages. 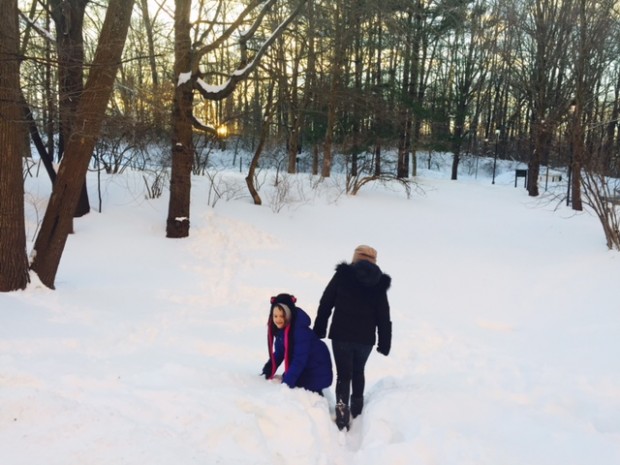 I’ve been thinking a lot about this week’s Thankful Thursdays post. There’s so much swirling in my mind. The girls and I went to see The Lady in the Van today (or would that be yesterday?). For those unfamiliar with the movie, one of the main characters is portrayed as two characters, seemingly identical twins. I had to explain to the girls that they were actually the same person, representing the conversations going on in his mind. Bennett’s portrayal is a peek into the minds of many writers. If one were to take a snapshot of my thoughts over the course of 10 minutes, there would be no less than 20 conversations going on, all amongst myself. I found it interesting that this concept was hard for the girls to grasp. Perhaps it is only as we grow older that so many thoughts fight for attention within our head.

Yesterday was day five of no school due to the blizzard. Today we embark on day six. Cabin fever has kicked into high gear, so we’re going to change up the scenery, and make a quick trip to our house near Woodstock, NY. One thing I’m especially thankful for this week is that though the walls of our 800 square-foot apartment have begun to feel confining, we’ve had a pretty amazing week. Far less fighting between the girls than I would’ve imagined. Lazy afternoons, curled up on beanbags in their room with a movie projected on the wall, passing Twizzler bites and Swedish fish back-and-forth. But mostly, I’m thankful that I’ve kept this commitment to myself in writing every Thursday, whether it’s about something, nothing, or somewhere in between.