This time last year we were in full countdown mode. On December 15th we departed for a three week European holiday that, for me at least, would become the first holiday season where I truly felt less like a balloon lost in the wind, and more grounded in whatever my new normal is supposed to be. Of course, there’s nothing new about my normal. Michael has been gone for seven holiday seasons. Seven years. Just writing that opens a wound I’ve been trying to close for years now.

And yet, once you’ve experienced such profound loss, you know it’s a door you can’t close so neatly, but you have to come to understand that truth in your own time, on your own terms. No book or advice column can make you understand what you’re not ready to accept. The truth about loss is that only once you let the door stay open, not just ajar, but wide open to embrace the ebb and flow of emotions do you really begin the work of deciding to live again, make new footsteps instead of retracing old ones with your head buried in the sand.

How long can I write about this hole in my heart? Forever is my instinct, and while this morning I’m wondering how so many of you have stayed on with me, I’m also thankful for your patience, kindness, and accepting that behind these words, these recipes, lurks a human being.

January will begin my 10th year of writing In Jennie’s Kitchen. It’s inconceivable to think he was only alive for two and half years of that time when he’s obviously still so much a part of my life, and the way I cook. I wish he could see the baker I’ve grown into. Would I be as good a baker and cook if he were still here, or would I have spent less time perfecting my art, and more time being with him?

Why is all this on my mind right now? Well, it goes back to that trip last year, and some of the wanderlust feelings I’m having at the moment. I was close on at least three occasions to booking a trip for us again this year, except I didn’t want to make the mistake of retracing old footsteps, chasing feelings I knew we couldn’t recapture, so decided to let last year’s memories stay in place, and celebrate the holidays here at home. 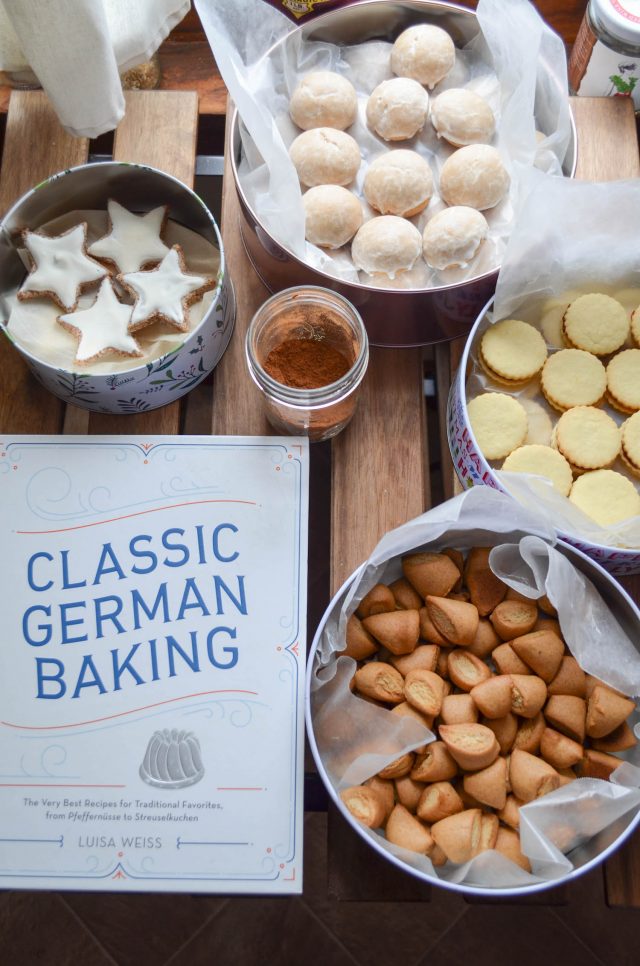 My whole trip last year was inspired by a desire to visit the German Christmas markets. In the end, I decided it would have to wait until another year, the Germany part of our trip. Logistically, it wasn’t convenient with visiting Paris, Italy, and London. It was really Italy that threw things off, at least traveling alone with two kids, and in the end I’m so happy we went to Rome, even though I got off to a rough start with that city.

Once I knew Germany was off the table, I decided to recreate the teeniest bit of the German holidays in my own kitchen by way of Luisa Weiss’ Classic German Baking cookbook. And so, friends, that is how I find myself here this morning, lost in thought, trying to connect words with my intent, having lost my way in the simple task of wanting to share the first recipe (or was it the second?) that I tried from Classic German Baking.

The first recipe I made was Luisa’s Brötchen during the Thanksgiving weekend, and we all fell for them instantly. 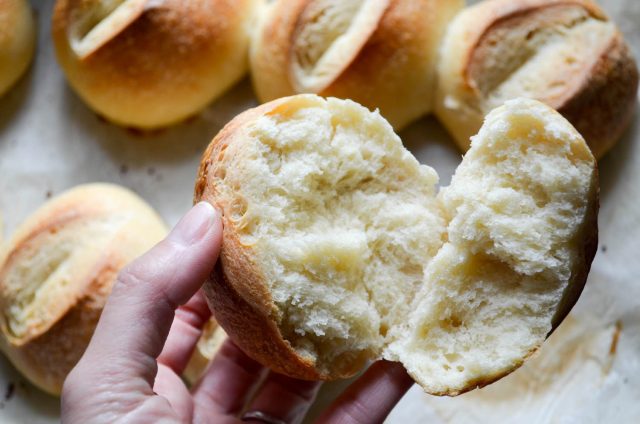 They’re really easy to make, so don’t let the yeast-based recipe scare you off. And for the record, I use instant dry yeast. I’ve no idea where to even get fresh yeast up here, at least not one I’d trust was truly fresh enough to activate. You’d think more people in a rural area would bake bread, but I find that to be almost the opposite from living in Brooklyn.

The recipe for these Brötchen is really foolproof, so not much in the way of notes, except for one. I find 20 minutes to be short a period for them to rest after being taken from the fridge. It’s likely that I keep my fridge colder than most. An extra 10 minutes, for a total of 30 minutes, gives the shaped rolls a chance to perk up sufficiently before going into a hot oven.

Try to be patient before tearing into them. All breads continue cooking a bit once they come out of the oven. Break into them too soon, and you’ll be a little disappointed by the doughy center. Once they’re cool enough to touch, but still warm enough to take the chill out of cold winter hands is when they’re best to enjoy. And as Luisa notes, these rolls really are best eaten the day they’re baked. 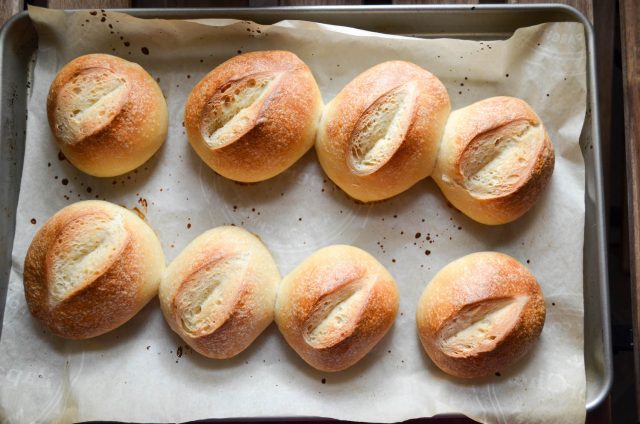 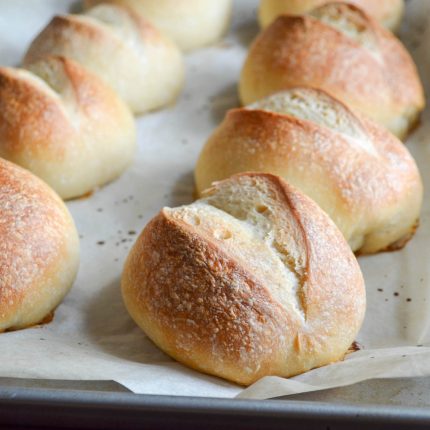 Recipe from Classic German Baking by Luisa Weiss
A word about scooping flour. I really recommend using a scale when working from this cookbook. My measuring cups at home, when simply scooped and leveled, yield about 140 grams of flour, far more than 125 grams allotted per cup here. If I were to rely on them instead of scale, I’d have almost 100 grams more flour than intended. If you hate using a scale we can still be friends, but do yourself a favor and see if a friend has one so you can do a test scoop to see how much flour your measuring cups yield before starting out with a recipe.
Print Recipe Pin Recipe
Prep Time 1 hr 30 mins
Cook Time 25 mins
Total Time 1 hr 55 mins
Servings 8