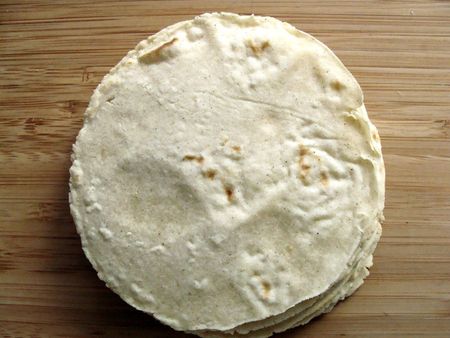 I’m the poster child for reading labels before buying anything. Truth be told, though, quite often it makes supermarket shopping a daunting task. I’ve become compulsive, and nothing enters my cart without a scan of the ingredients. I also know a lot about the various parent companies and have my own reasons, be them ethical, environmental, and so forth for not supporting certain products with my hard earned cash. This eliminates a lot of options.

Honestly, I get why so many people choose to live in ignorance. It’s not so much bliss, as it just appears to be plain easier. Thinking back to the first episode of Jaime Oliver’s Food Revolution, that mom knew the groceries she was buying were unhealthy—she outright admitted it. The impact came when she saw it all piled on the kitchen table. When I shop, I look at the big picture in everything I purchase. How will it affect my family, the environment, and the people who produce it?

On one particular day of grocery shopping a few weeks ago, buying a simple tortilla became what felt like an insurmountable task. Rather than compromise, though, I did what some of you might think a tad insane. I went home and decided to make my own. 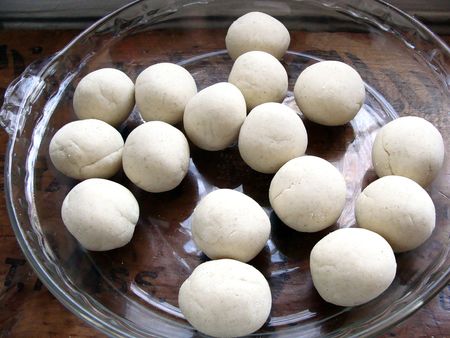 Frankly, they’re quite easy to make, and just require a bit of planning if you’re juggling family life. The first time I made them, it felt epic. I attribute that to multi-tasking first grade Everyday Math and a clingy 22-month old. But the payoff was well worth it—my kids finally ate and liked corn tortillas. They’d always been partial to the flour, or worse yet, hard (read: deep fried) taco shells.

In the past, I’d always bought corn tortillas because I prefer the taste, and they’re much better for the waistline. The kiddies never fell for the flavor, and I found it easier to just give them what they wanted to encase the homemade filling, beans, salsa and gaucamole.

On the second go, I decided to make a batch on a Sunday afternoon, figuring we’d have tacos later in the week. The kids even helped. 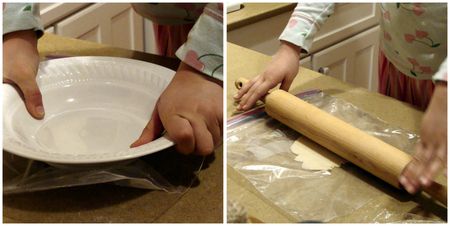 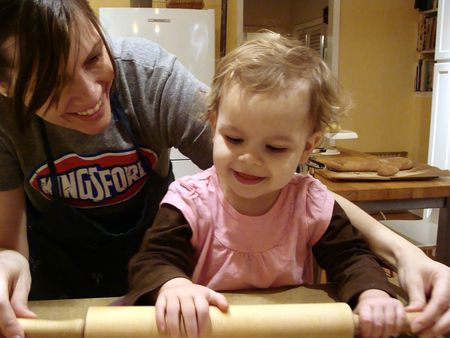 And when I decided to see if placing the formed balls in a plastic bag, weighted with a huge dictionary and ME—yes, I really stood on top of the book, was the best way to make them nice and thin, well the kids had a hoot. Turns out manual tortilla presses aren’t that expensive, so I’ll be visiting Sur La Table to check them out in person. In the meantime, the job is done just fine, albeit a bit longer, with a rolling pin. 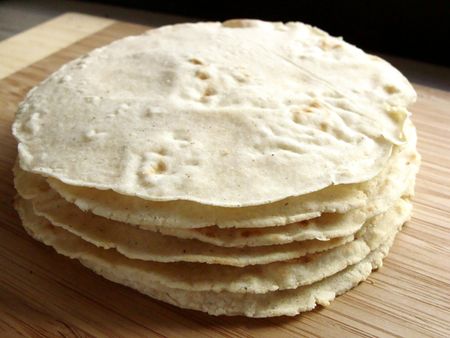 Once flattened, the tortillas cook up very quickly in a cast-iron skillet.

I would’ve shown you pictures had I not accidentally deleted them.

Funny enough, we didn’t have tacos that week, so I popped them into a zip-top bag and tucked them away in the freezer. A week and a half later I thawed them in the fridge and used them to make some egg and cheddar “tacos” for breakfast. 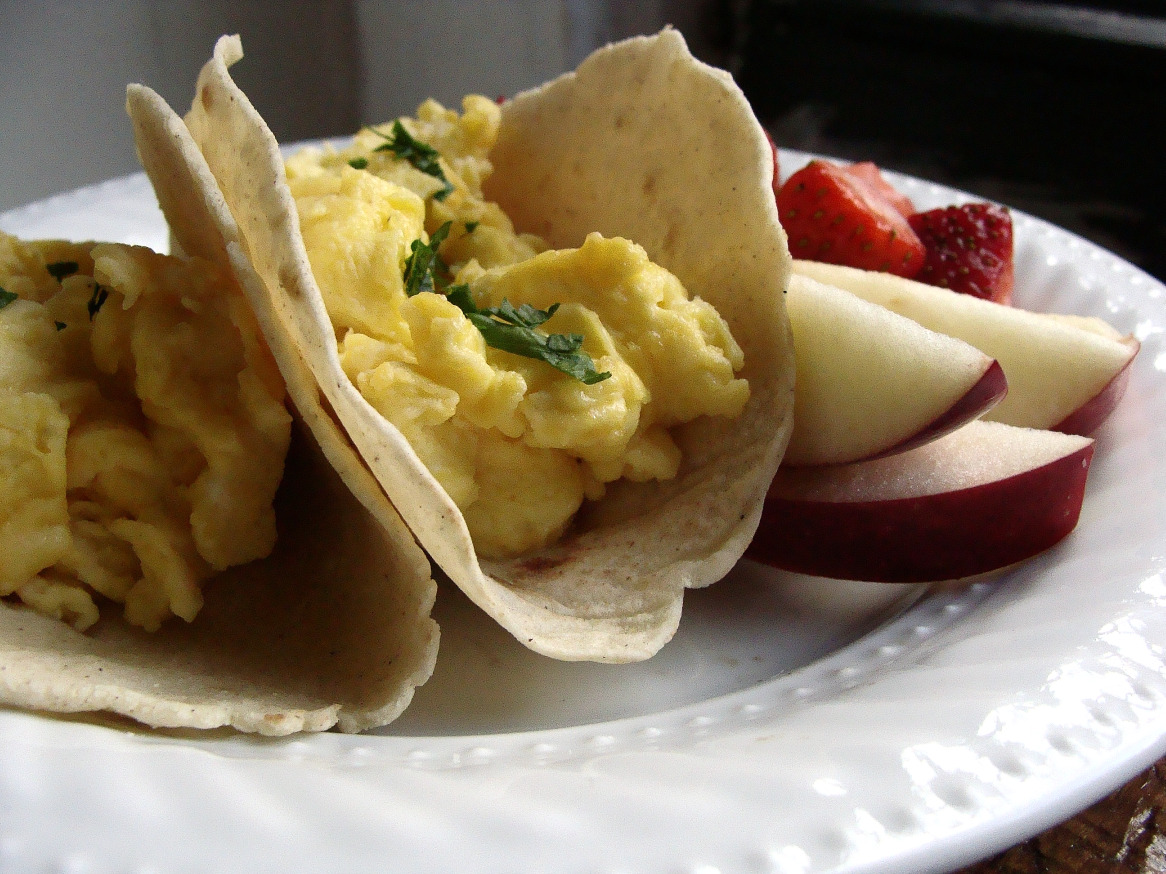 Then a few days later, I made some tortilla chips inspired by Shauna. Now, that’s what I call a really homemade chip, short of growing the corn myself. Shauna even inspired me to try making migas. This recipe from American Profile was an awesome way to convert a devoted poached or sunny side up egg gal. 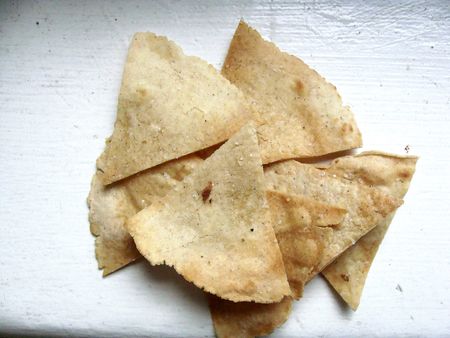 So next time you’re feeling overwhelmed at the supermarket, know you’re not alone, and remember we’re all in this together. The small changes we make in our everyday life, add up to big changes in the long run. All it takes to feed your family a healthy, delicious inexpensive meal is a bit of planning. Making staple ingredients like these tortillas, vegetable bouillion or a pot of lentils is an easy way to set yourself up for a successful, inexpensive, low-stress go in the kitchen come dinnertime. The best part is the kids can get involved to see where their food comes from and you’ll be creating cherished memories that will last a lifetime.

This recipe came right off the bag of Maseca instant corn masa flour. It’s pretty universal, and aside from altering the salt to your taste, there’s no reinventing the wheel here. Once they’re made, though, the sky’s the limit for creativity.

Add all ingredients to a deep bowl. Using your hands, mix until it becomes a soft dough. Knead a few times on a clean countertop until it forms a smooth ball. Place in a bowl and cover with plastic wrap; let rest for 30 minutes.

Divide dough into 16 equal pieces and roll into smooth, even shaped balls (this is best done rolling with the palm of your hand on a countertop). Place balls into a dish and cover with a cloth or plastic wrap, so they won’t dry out before pressing.

Place balls, one at a time, into a gallon-size zip top bag (leave it “unzipped”), and press ball down with the palm of your hand or the bottom of a dish. Finish rolling it into a 5-inch wide circle using a rolling pin. Remove from bag and transfer to a covered pot, again to protect it from drying out. Repeat with remaining balls of dough until all have been flattened out.

Heat a skillet over medium-low flame. Place one tortilla in the preheated pan, and cook for about 45 seconds, turn and cook for another 45 seconds to one minute. Transfer to a covered pot, this time to keep them warm! Repeat with remaining pressed tortillas. If making for the freezer pantry, let cool completely before storing in a zip-top bag and freezing.