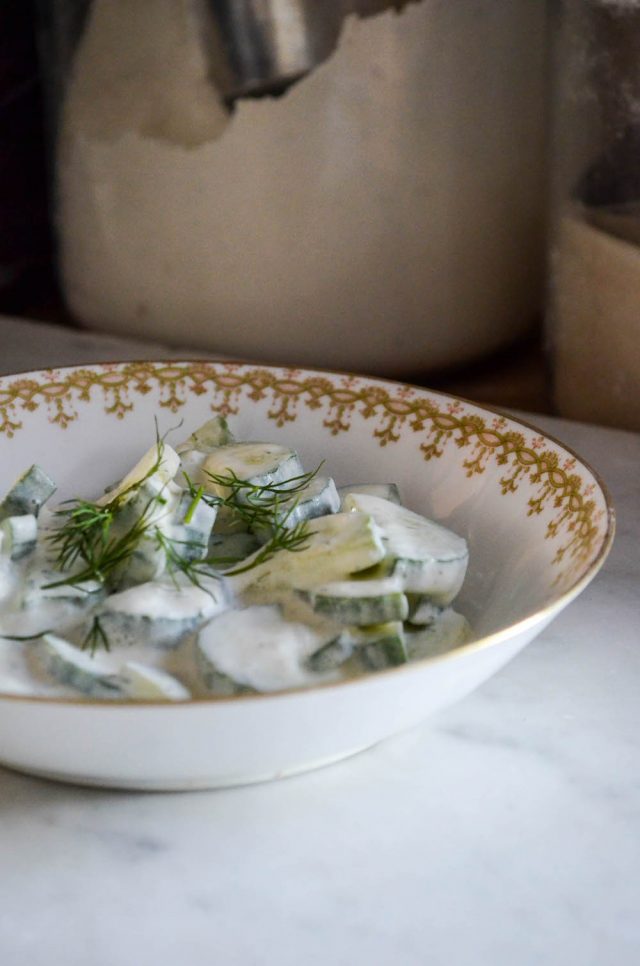 I never really wrote about my time with C, though I dropped hints here and there. They weren’t meant to be teases, or misleading. After having let so much of Mikey go here, I needed to hold something back for myself. Until weeks before he passed away, most of you simply new him as the Mr. I sometimes wonder if I gave up too much of him to the world…

With C. things were always a bit complicated. Him on another continent, for starters. But he’s also a gypsy of sorts, the desire to settle down at constant odds with his fear of settling down. Still, my memories with him, the ones that mostly stay with me, are fond ones. I wandered the mountains in Morocco with him. Had a snowball fight at midnight, in Paris—on the Pont des Arts. Sounds like a storybook, and often felt like it.

I also loved the moments I spent with his mother. We were an unlikely pairing left alone, considering my French is not that great, and she doesn’t speak any English. Often C. would translate, but on some occasions he’d have to go off, and do something, leaving us to get along on our own. Somehow we always managed, the kindness we felt towards each other, our guards comfortably down, negated the need for a common language.

The day Micheline made this cucumber salad was a cold, wintry one in Normandy. We’d just come back from a walk along the snow-covered beaches, a surreal experience in itself for me. As my boots tracked prints through the snow, I thought about the significance those beaches played in the history of our country.

When we got home, I napped with Julie, Micheline’s terrier, curled up next to me. We had dinner before catching the train back to Paris. I’m pretty sure she made a roasted chicken, but can’t quite remember—the cucumber salad was the star for me, although everything she made was amazing. The dressing is exceptionally simple, but the secret lies in letting cream take the place of oil in the dressing. It might sound odd, as it did to me at first, but really it’s just swapping in one fat for another. And once you whisk the dressing, the cream swells, creating a voluptuous body, clinging ever so lightly to the cucumber. 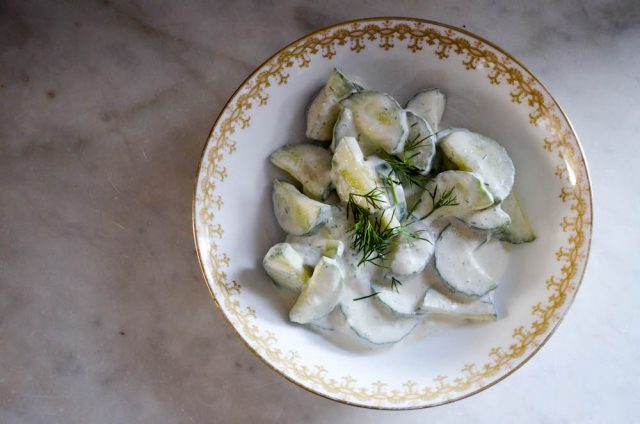 You could serve it right away, as Micheline did because she was running short on time. As C. told me, though, the salad is really meant to be served a few hours later, or even the next day. The dressing “cooks” the cucumbers, wilting them a bit, all the while allowing the cucumbers to still retain some crunch, even two days later. It’s an incredibly humble salad, but one that feeds a hunger for memories of one fleeting day in Normandy that will live with me forever.