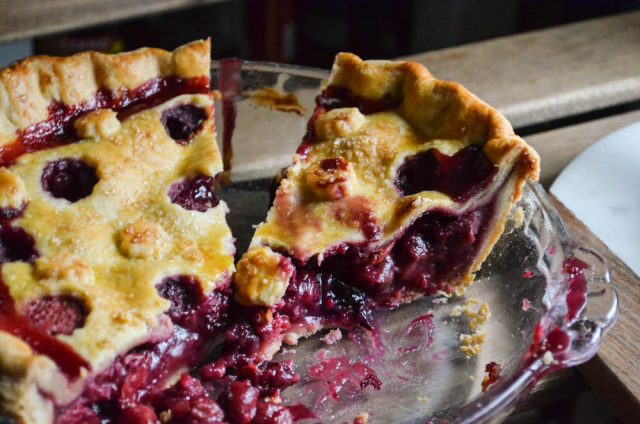 I’ve been meaning to share this Cherry Berry Pie recipe since I first made it a week and a half ago, but got sidetracked with life. And now, it feels rather silly even writing about pie considering what’s going on in our country, and the world beyond our borders. Some days I just can’t wrap my head around it all.

It feels like we’re entering a period of mourning here in the U.S. for our freedoms. During the election someone told me to stop whining because as a woman in the U.S. I had more freedoms than many other women around the world, citing the Middle East as an example. Our rights are starting to feel more like illusions, though, caught in the clutches of a Republican majority that has little, or no, regard for human rights.

In some cultures the barriers are out in the open, oppression set forth plainly. What’s happening in the U.S. is more covert, the protections between separation of church and state eroding as Republicans assert their religious ideologies on the country as a whole. They are anti-choice, not pro-life, when imposing their religious views on women’s reproductive choices. They are xenophobic, not pro-life, when they close borders to refugees.

I don’t have any solutions, but I have pie. The ritual of making it has been a constant I need these days. I found a stash of cherries in the freezer from last summer, a mix of sour and sweet ones. I didn’t want to use them all on one pie, so decided to save some, and mix them with a variety of berries I found in the freezer, too. There were some blackberries, blueberries, and I think raspberries. I let the cherries thaw just enough so I could pit them. If you’re in a climate where berries are in season, fresh will work fine, so go for it.

The filling is quite simple, but the first bite whisked me away to a moment last July when life felt a little more hopeful…when we still had a president who represented honor and integrity, and it seemed our country was moving towards growth, not regression. 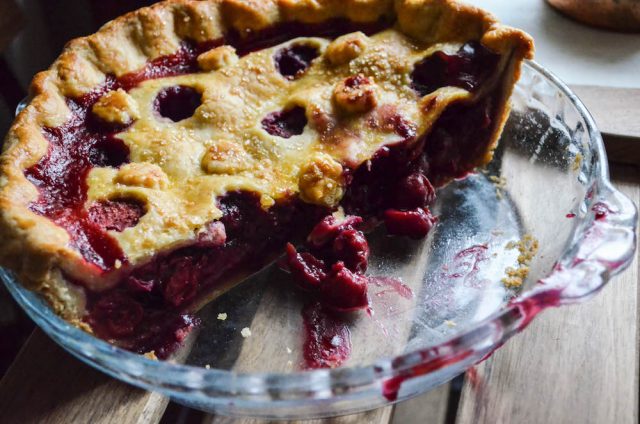 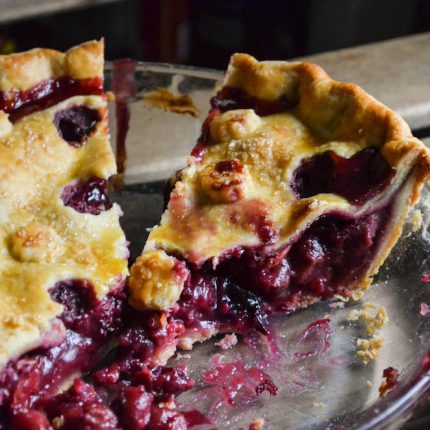