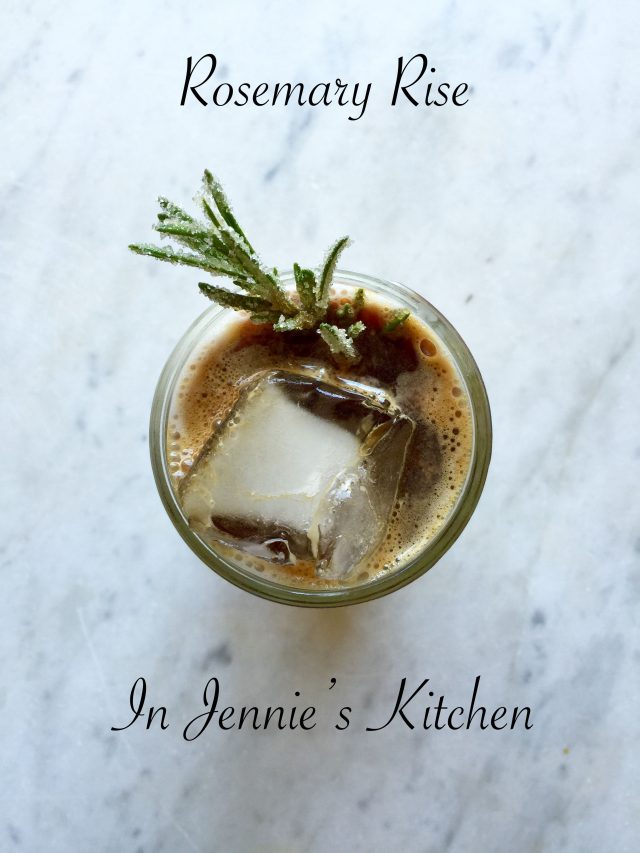 A few weeks ago, a friend posted a photo of this latte she had at Brown’s Court Bakery in Charleston, SC. Actually, it wasn’t even a photo of the drink—it was a sign describing the ingredients that hangs in the bakery. If ever two words intrigued me, Rosemary Rise might just be the winner, especially when it comes to a coffee drink. I love new and interesting flavor combinations, but never would’ve thought to add rosemary to coffee. For what it’s worth, I’ve had it plenty of times in cocktails.  I still think about the Italian Greyhound I had a few years back, at the aptly named Rosemary’s in the West Village.

Anyway, I was immediately smitten with the idea of this coffee. My mind began racing, thinking how I could fit a trip to Charleston, SC into my schedule (it’s only an 8 hour drive!). Then realized, duh, I could take a crack at it in my own kitchen. I’m officially OBSESSED NOW.  Rosemary + Coffee = BFF. I made my original latte with a rosemary infused simple syrup, but have since switched to a maple infused simple syrup for a refined sugar free version.

I’m including a written out recipe so you can easily find it in the archives, but here’s my informal take on it: make a simple syrup, and infuse with a sprig of rosemary. Fill a glass with ice cubes. Add 3 parts milk (I used cashew), 1 part espresso + rosemary simple syrup, to taste.  Also, I garnished it with a sugared rosemary sprig because why should cocktails get to have all the fun? 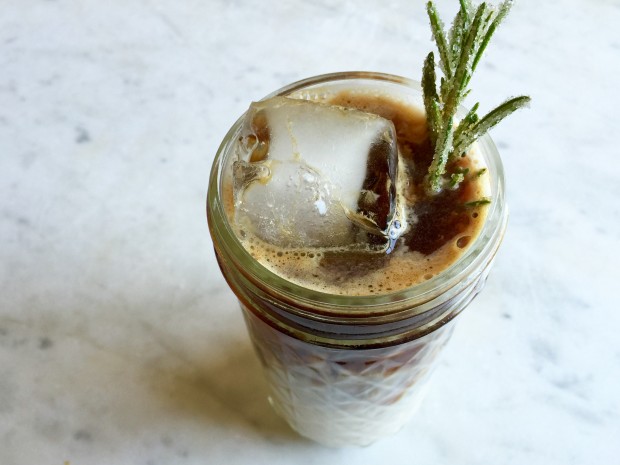 Some more coffee inspiration (and things that I want to eat with coffee!):

How to Make Cold Brewed Coffee

How to Make French Press Coffee

Rosemary syrup, to taste (get the recipe here)

Add the milk and syrup. Pour in the espresso. Stir well to combine (a chopstick works perfectly to get in between the ice cubes). Enjoy immediately!

The last step of this recipe, is usually me thinking about when my next Rosemary Rise will be consumed.