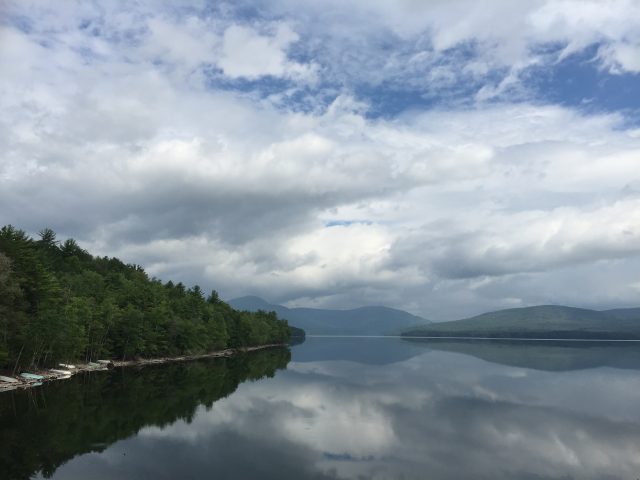 Four years. As a friend wrote to me this morning, four years sounds so long, but when you’re living it…feeling it…

I originally wrote this post a few months ago, and then I decided to hold back. I have a few of them much like this one. The rawness, the honesty, the confusion in figuring it all out. What it means to move forward when you’re still tethered to the past. How much is okay to share now?

Virginia is talking about Mikey a lot these days, more specifically the fact that she’s been alive longer without him than with him. She wanted an exact number—as in how many days she got to be with him. I was stunned when I did the math (1,182 days). I kept myself composed for her sake, but crumbled inside. I emphasized what an incredible daddy he was, and how lucky she was to have known him at all. I did my best to spin a web of happiness, to help her land safely from her sadness.

She’s figuring out what this new life means, as is her sister. I keep reassuring them that letting someone else in doesn’t mean they have to let go of their daddy. I struggle with the same feelings, but don’t feel like I get the same pass as they do. The boundaries of romantic relationships are more territorial.

And so, I’m going to leave the remainder of this post as it was originally written. I think those of you traveling similar journeys will be able to relate.

I did what I swore I wouldn’t tonight. I watched Grey’s Anatomy. He’s rolling his eyes, wherever he is right now. Thursdays were laundry night, not by design—it just always seemed to work out that way. I’d settle on the sofa with a basket or two, and fold while watching one trauma after another unfold. He’d sit at his desk, pretending not to watch. Then he’d let something slip that gave away he’d been watching along. He once muttered, “Why does anyone go to that hospital anymore? Don’t they know it’s doomed?”

I missed the first half hour, but the show played out in fast forward. Suddenly it was nine months later, and I felt betrayed. Real life doesn’t work that way. You don’t get to fast forward through the pain. When you’re living it, it feels like slow motion. Most nights you go to sleep, only to be disappointed when you wake the next morning. It means it’s real. Your life, your loss—each new dawn picks away the scab the previous day managed to build.

And then one day, the light doesn’t seem so alarming. The hollowness inside is replaced with hope. Hope that maybe one day you won’t feel so empty. It’s a step in the right direction.

Virginia came to me tonight, and asked for her photo box. I began a memory box project for the girls when I first bought the house. I’d spend Saturday nights sorting through photos, creating a special keepsake they could take when they leave for college. Thankfully that’s a while a way since I abandoned the project soon after I started. It was too much going through all the memories. Isabella’s box is overflowing. Virginia’s is sparse. Call it second child syndrome, but there are a lot less photos of us as a family when we went from three to four. Even fewer photos of her and M together. Life just got busier is what I tell myself, but the guilt that I didn’t document it more haunts me.

A few minutes later she came to me, holding a little wooden block calendar I bought in Cape Cod on one our many summers there. She asked what date daddy died. I’m pretty sure neither of them knew the date until that moment. In past years I’ve just tried to get through the day quietly, never pointing it out to them. I didn’t see the value in causing them extra sadness when they live with the reality of it every day. I wonder now if I underestimated the importance in the need for ritual in processing grief.

Instead of a somber funeral, I threw a party and asked his close friends to share stories about him. There was no burial, so there’s no grave to visit. His ashes still sit in a box in my bedroom. I don’t know yet what to do with them when I move. Do they stay at the house with his turntable?

When I walked into the girls’ room for bedtime, Virginia had photos of him spread all over her bed. She was staring at her music box playing Somewhere Over the Rainbow. He used to play it for her on guitar all the time. It became their song. I looked at the photos, and realized I’d forgotten how incredible his smile was, able to light up a room. His laugh eludes me; I remember how hearty it was, but can’t hear it anymore in my mind.

Even when the clock seems to be standing still, time continues to move forward all around you. She cried, I hugged her, and then we read a book. We’d made it through another day. The 1,362nd day to be exact.