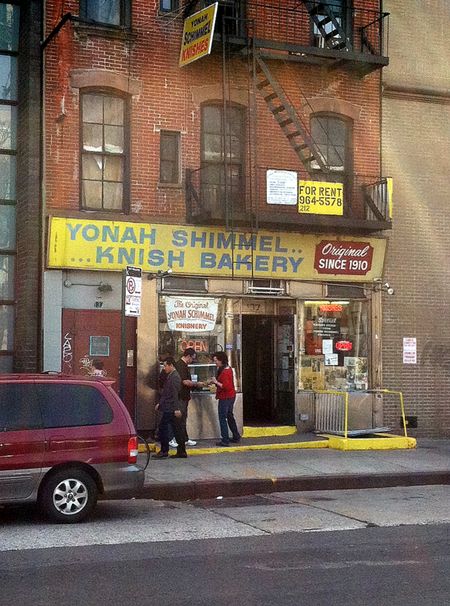 This picture reminds of the New York I grew up in. A shot like this used to symbolize the city. It had grit, character and a forboding sense of danger.

The sanitized streets of Times Square are a new addition, and frankly one I often wish had never happened. Good for tourism, perhaps, but now a Starbucks and CVS on every corner sometimes makes it feel indistinguishable from Anytown, USA.

The Mr. and I often talk of moving to sunnier pastures. Warmer places where the growing season doesn't come to an abrupt halt. Then I stroll the streets of my birthplace, and wonder if I'll ever be ready to uproot myself.

While I may never end up saying goodbye to this fair city—who knows what life holds, it doesn't mean I'm bound by my boundaries.

Today, the only recipe I'd like to share is how to really make the most of social media. Just go out and meet people. Hiding behind a laptop and 140 characters has served me well, but it's called social media for a reason.

Last week I spent my Friday afternoon with a new friend, enjoying some great Thai food. This Friday held the same good fortune.

A girl could get used to this.

The only thing that could make Fridays better is spending them walking lazily around the city with the Mr., hands clasped, his nose resting against my forehead every now and again. 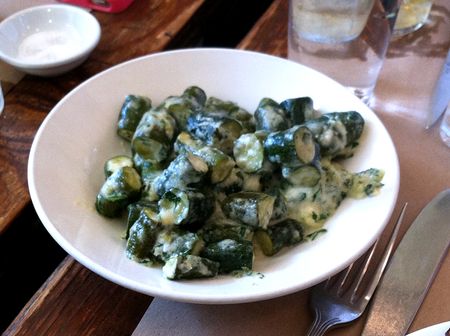 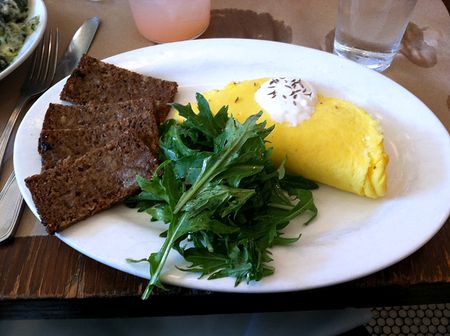 My life is richer for knowing Gina and Kim. I'm blessed to live a stone's throw from Olga (though our schedules still prove challenging just trying to meet for coffee). I wish I was Alice's neighbor, to help her through these last few months—that means I'd be closer to Shauna too.

Now my inner circle includes a few new real-life friends—I'm beginning to think all Jennifers have a spunky personality. Though there's one Jen I know who's more quiet than the rest of us—she's still a sweet, lovely person nonetheless. 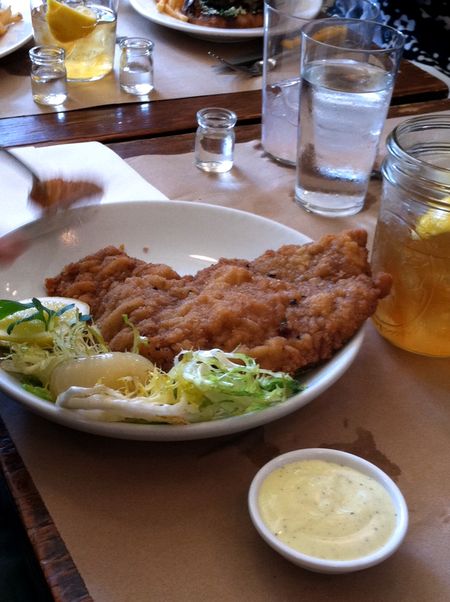 I can't wait to meet the rest of you. Maybe we'll even grab a knish at Yonah Shimmel or Kim might even share that Veal Paillard with you if we stop into Prune for lunch. 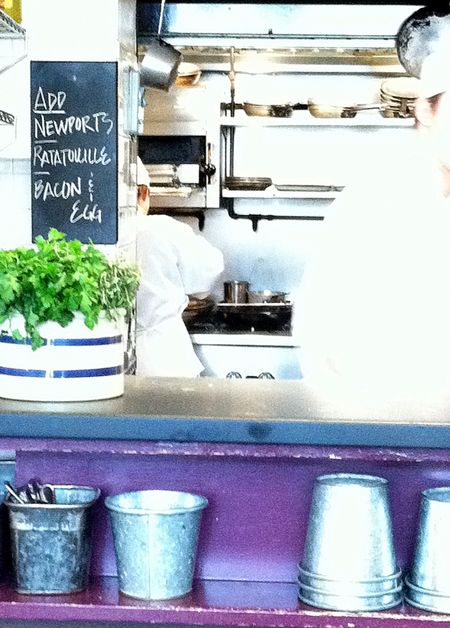