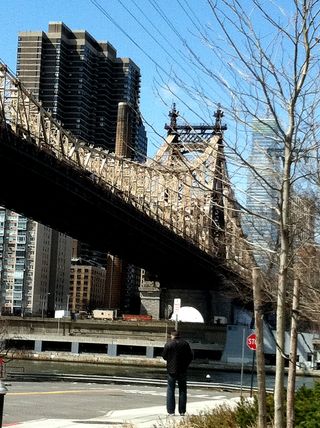 Slow down, you move too fast. You've got to make the morning last…

Lately, I've been focusing on trying to capture the essence of that song. Weekdays, it seems to be easy since I rise before the birds. My yoga mat spread across the living room floor, I welcome each day with stretches, a few dozen crunches, push-ups and meditation.

Then I hope Virginia wakes in a good mood because we're in the throes of the terrible two's, which as I learned with Isabella really kicks in as they near three years old.

The weekends are a whole other story. Those 48 hours are like a never-ending search for the holy grail, trying to carve out peaceful quality time as a family. Most weekends it feels as though we miss the mark on the peaceful part, as we diffuse tantrums, finish up homework and watch the clock move at warp speed, gobbling up the last minutes of daylight.

Turning back the time last week helped some. Approaching the weekend with a different strategy does too.

This Saturday I shrugged off the laundry hamper, erupting dirty clothes all over the bathroom floor. Speaking of floors—those would have to wait too. It would be at least one more day before they meet their fate with a mop and bucket of water.

Today we seized the moment, and went into Astoria for breakfast. Nothing fancy, just a diner under the el. The kids watched low-flying airplanes, make their descent into La Guardia as we drove down the BQE en route to a quick meal, fingers crossed that the youngest member in the car would not force an emergency evacuation.

And then we made our way to Socrates Sculpture Park. The Mr. and I have been going there for almost 16 years—as long as we know each other.  How lovely are these "snow angels" embedded in the ground? 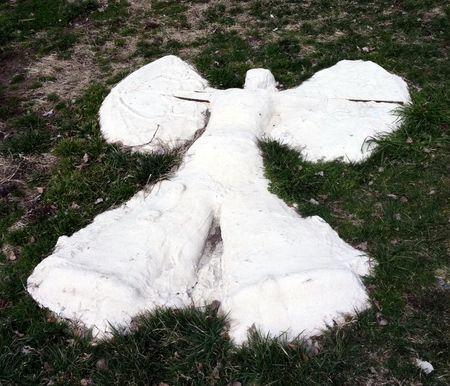 As we stared across the river, glancing at the city, the Mr. pointed out that we were also looking at Roosevelt Island. Can you believe I'd never been there? Honestly, it's probably the last place anyone who grew up in Brooklyn would've thought to visit.

So we loaded into the car, and in less than five minutes we were there. He couldn't believe it was my first visit. I've added riding the tram roundtrip to my bucket list. I mean. It's amazing how many things I will probably never see and do in my own city before I die, simply because of its sheer size and volume of activities. 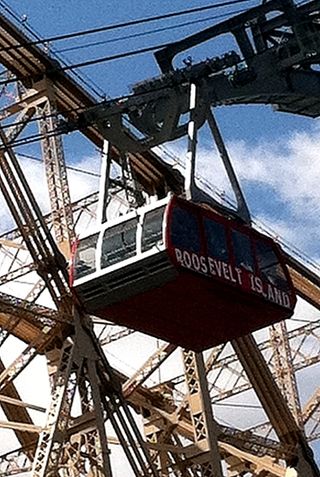 All this brought me back to a few nights ago. The Mr. showed me a cool project called The Wilderness Downtown. I promise it's worth downloading Google Chrome to properly view it. At one point a message pops up on the screen, asking you to write a postcard to your younger self.

I stared blankly at the screen. There's so much I could share but changing just one nanosecond might mean I wasn't standing there next to the Mr. Suddenly the tantrums seemed worth it, and there was an odd meaning to all the struggles that came before.

So I left the screen blank.

I went back to The Wilderness Downtown today. I stared at the screen again at that same moment. And then it happened. I realized what I would tell myself if I could go back in time.

I typed the words 'it gets better".

And then tears streamed down my face.

And I was happy, because today proved that it really does. Tomorrow can only hold more promise of the same.