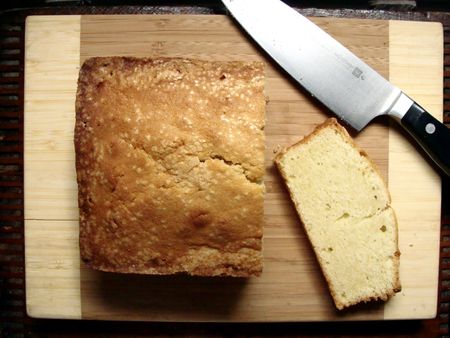 I remember watching my nana eat toasted poundcake. It seemed like such a grown up thing to do. She didn’t make her own though. She didn’t do any baking that I remember, though I was only seven when she passed away. Likely because being a single mother and working in a factory making hair notions and such took up most of her time.

I suddenly found myself craving pound cake a couple of weeks ago. It may have been the old butter issue of Saveur sending me subliminal messages from the kitchen counter. I also had a fridge stocked with lots of Kerrygold butter—some I bought, and some I was given at a work event a few weeks ago with Chef Cathal Armstrong. It’s the best butter in my book, and I’ve used many different brands. 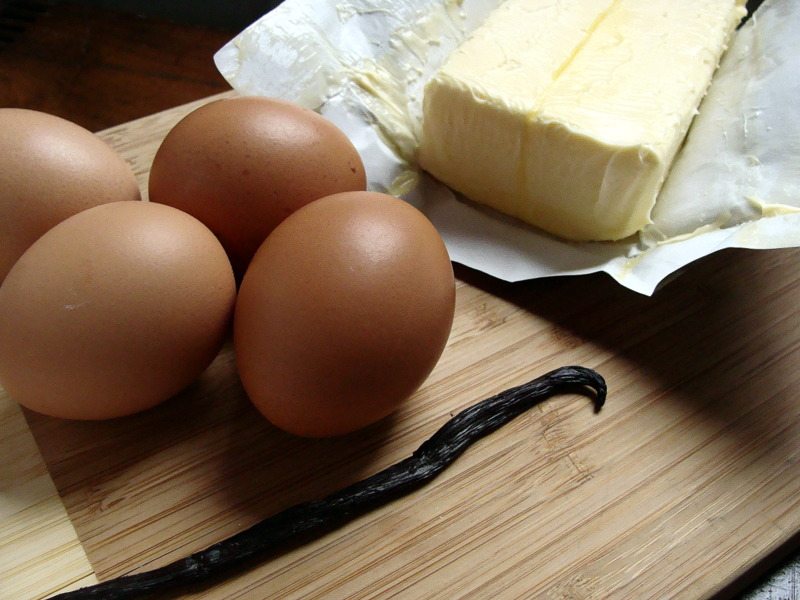 But would you believe me if I told you I’d never actually made one before? Oddly enough with all the baking I do, pound cake comes with a lot of guilt. It’s not for the faint of heart with all the butter and eggs needed to make one mere 9-inch loaf cake. I set out using equal proportions of butter, eggs and flour, but not a pound of each as used in many recipes. They generally yield two loaves or one large bundt cake and I just wanted one loaf cake…for now. 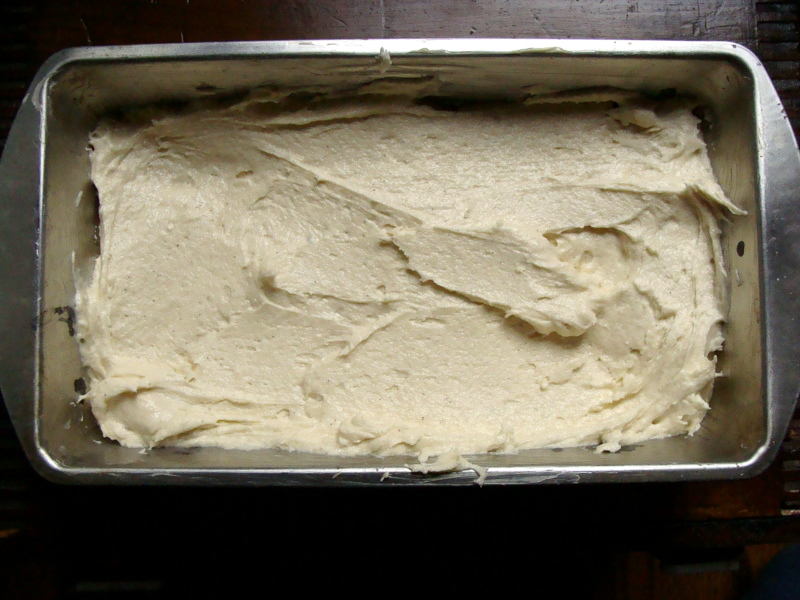 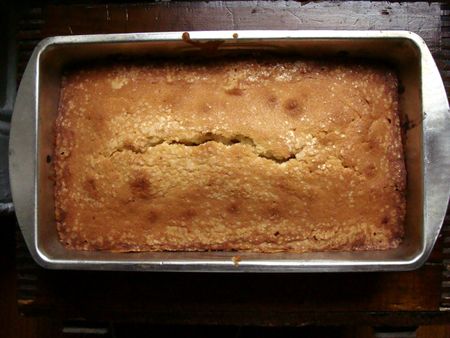 This recipe is in weight, so it’s time to get a scale. You could try doing the conversion to cups but it won’t be 100% accurate.

And really great quality butter. You’ll taste it in the final product. My local Trader Joe’s sells Kerrygold for around $3 for an eight-ounce bar.

I also learned something new with this recipe long after it was baked.

About one week later in fact.

It gets better with age. The first day it’s made the crumb is light and tender. As the days pass, it kind of settles and the flavor intensifies. What it doesn’t do is dry out. Maybe all that butter holds in the moistness? 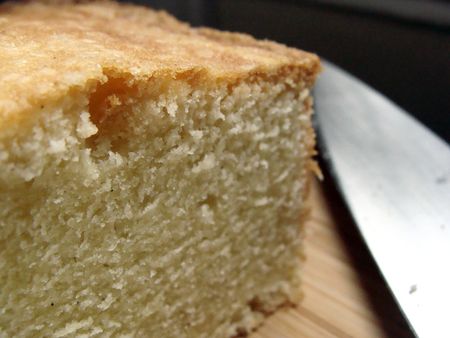 Whatever the secret, it’s the cake that keeps on giving. If you’re wondering how I managed to make it last a whole week, it’s because you only need a sliver. A half-inch thick slice at most was enough to satisfy my craving.  And yes, I did indeed enjoy some toasted with a cup of coffee.

Whisk flour and salt together in a medium bowl; set aside. Combine eggs, vanilla bean seeds and buttermilk in a measuring cup; set aside.

Scrape batter into prepared loaf pan and bake 70 to 75 minutes, or until deep golden and the telltale crack on top has formed. Oh, yes and until a metal skewer inserted comes out clean.