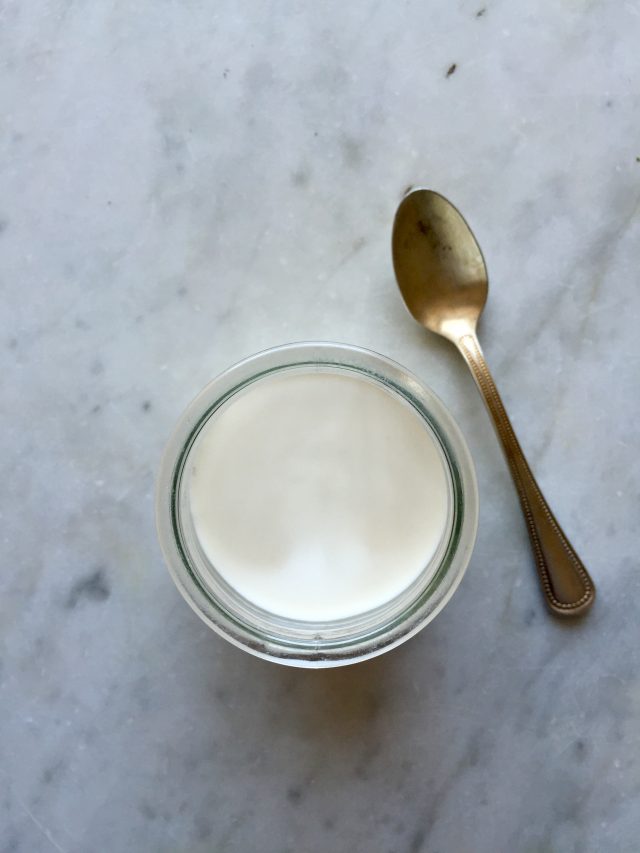 I’ve had crema a few times but none have inspired me to try and make it until eating at Diego’s in Kingston, NY. Now, how this little gem of a restaurant was sitting under my nose all the time I lived upstate is beyond me. Well, actually, it’s not that surprising. I live 18 miles west of Kingston, and with it being on the other side of the reservoir, it’s not exactly my first choice, location wise, for eating out.

I ordered cauliflower tacos two ways. Much to my embarrassment, I can’t remember both preparations. I choose to believe it’s because the fried cauliflower taco with crema blew me away so hard, knocking the memory of everything else I ate that day. To be so in awe, you have to be a cauliflower addict like myself. The taco was dressed with a zingy slaw and a drizzle of the crema. The simplicity is what elevated the crema, letting it play a strong supporting role in a very uncomplicated dish.

So, what is crema exactly? Think of it as a Mexican crème fraîche. What is crème fraîche? It’s a French sour cream, somewhat thinner, and tangier, than its American-style counterpart. The more traditional crema version starts off as you would make crème fraîche. You just use less buttermilk, for an even thinner, tangy cream. In terms of body, it goes crema (thinnest), crème fraîche, and sour cream (thickest).

A few weeks ago, while making veggie tacos for lunch, memories of that crema crept into my thoughts. I did a quick search for some recipes. I was quite surprised to see how easy it is to make. There are two ways you can go. Let’s call the first one a short cut crema. It’s a mix of heavy cream, sour cream, and sea salt. Generally, you want to give it 2 to 3 hours to chill on the counter, and thicken up. That is totally acceptable crema to me in a pinch. 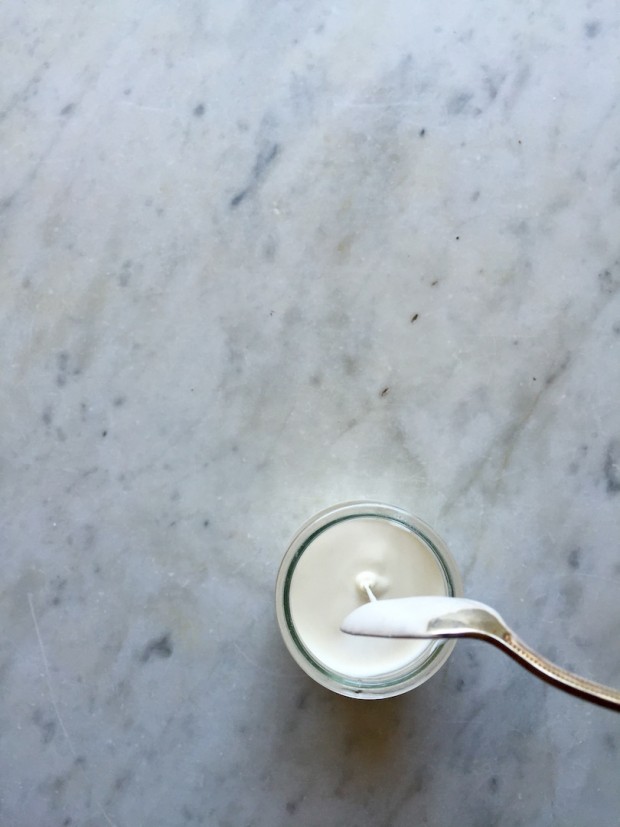 The real show stopper, though, is made with heavy cream, buttermilk, and sea salt. You’ll notice there’s one difference here, but it’s a world of difference to me. By letting the cream take its time to sour and thicken (you’ll need 18 to 24 hours to make it), the resulting crema is more developed, has more character. Regardless of which recipe you choose, homemade crema is one of the easiest ways to upgrade your next taco meal.

Get the recipe for my quick homemade crema here.

Add the cream to a glass, microwave-safe mason jar. Heat on high for 45 seconds, until the cream is luke warm (about 95ºF). Stir in the buttermilk.

Cover the jar with a piece of cheesecloth or paper towel. Screw the ring closure on top (leave the lid off). Line a loaf pan with a kitchen towel. Place the jar in the pan, and wrap the towel around it. Set the pan in a warm spot until the cream thickens, anywhere from 18 to 24 hours. Refrigerate the crema, and use within 2 weeks.