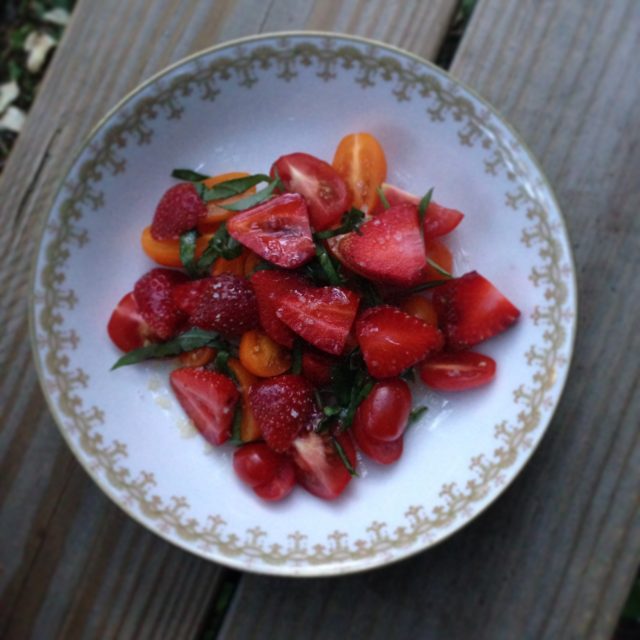 It was a rare moment to be in the city on a Saturday morning. We usually drive up to the country on Friday nights. Isabella had just come home from an overnight school trip Friday evening, so I decided we’d head up the next morning. My mind had settled on the idea of not rushing up, either, being well aware of the fact that in less than a month the country will be our home.

When I first bought the house many people asked if I was planning on moving up there. In truth, it was a back up plan, in the far reaches of my mind. A plan B of sorts for the future, if we needed a place to live. The peace and solitude that began to bloom here was honestly a surprise. I remember saying aloud as a teenager that I never wanted to live someplace where I couldn’t walk for a container of milk. I suppose if I’m up for a 15 mile round trip stroll, that’s still a possibility. 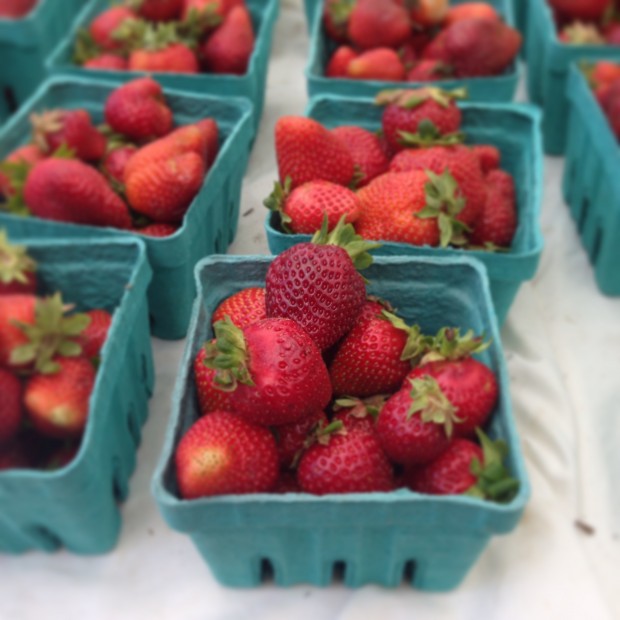 I had a another reason for wanting to be in Brooklyn on Saturday morning. I’d heard there were strawberries at the Union Square Greenmarket earlier in the week. New Jersey crops are usually the first wave in the NYC farmers’ markets. The farms tend to be in southern Jersey, with warmer temperatures than the farms in upstate NY, about 100 to 150 miles north of the city—those few extra degrees make a big difference. Our strawberries are still a couple of weeks away from being ready to harvest.

I scored parking just a block away from the market, over on 17th just off of Irving Place. It was a blessing, considering my late start, arriving at 11:00am. A wave of emotions washed over me as I crossed Park Avenue South. My feet were moving one in front of the other, but it felt foreign being there, as though I didn’t belong. Three years ago, this was my routine, my church of sorts. Saturday mornings I would leave the house around 7:30am, Michael and the girls still sleeping snug in their beds. Around two hours later, I’d get home, and usually find them playing, and sometimes even catch him wearing a tiara and a superhero cape. That was my life, and I loved it. So very much.

Now it’s not anymore, and everything feels jumbled, out of place. Except for the weekends. Our house upstate is a place that has no past, at least not our past. Here, we have only the present, and our future. It’s like wiping the slate clean, almost.

Gone, but never, ever forgotten.

So, I looked around the stands at the market. Returned a year’s worth of glass milk bottles for a hefty refund, collected my strawberries, and picked up some herbs for my garden. I liked the idea of literally planting roots from the city upstate. They’re right outside my back porch door now, like a cloak of protection. And the strawberries—well, they came up with us, too. As the girls tucked into bed, I stood at the stove, stirring a pot of bubbling berries, sugar, lemon peel, and lemon verbena, with visions of jars of homemade jam lining the shelves in my basement downstairs.

This is a no recipe kind of recipe. I had reserved a pint of strawberries for eating, hiding the rest from the kids so I could make jam. I also had a pint of grape tomatoes from the rooftop at Whole Foods in Brooklyn. As I looked at the two side by side, I thought they might complement each other. My hunch proved to be true.

My rule of thumb is to use equal amounts of strawberries and tomatoes. I like the uniform nature of using grape tomatoes, since the slices will be pretty close in size to the strawberry slices. If you use cherry tomatoes, then cut them into quarters instead of halves. Using golden yellow tomatoes give the dish a nice contrast of color. I like to use this French olive oil in this salad, since it’s a little lighter, and works better with the delicate flavor of the strawberries.

Scatter strawberries and tomatoes onto a platter. Sprinkle the basil on top. Drizzle with oil, and season with salt. May be made up to 1 hour in advance, and left at room temperature until ready to serve.