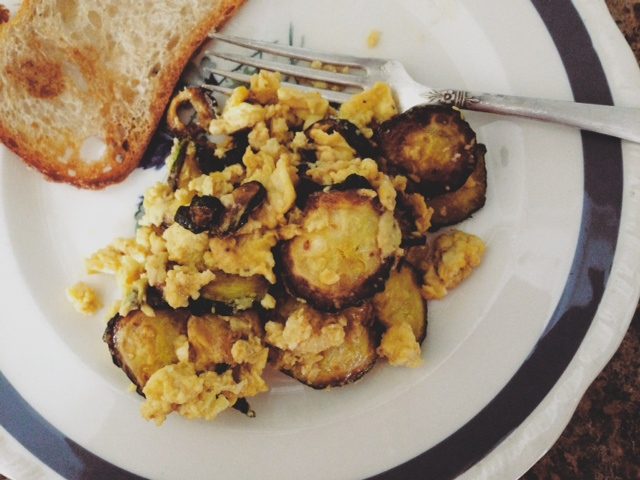 When I met M, way back in 1995, he had a cat named Jane. She was the living definition of a scaredy cat, hiding on top on bookshelves, slippery as an eel if you dared to pick her up. Jane’s been gone about 13 year now, but I started thinking about her a lot after M died. I realized I didn’t know how Jane got her name. Back when I met M, Jane Says was often playing on his CD player, or in the car, on a cassette tape no less—he drove a little red Toyota Celica back then, and it had a—get this, a benzi box. That was back in the pre-Guiliani New York City; the days when you weren’t always guaranteed to find your car where you left it parked.

Anyway, I found myself driving in the early days of M’s death, and Sweet Jane* came on my playlist. Boom, it all clicked. Surely he must have named her after that song. He was a punk rocker, through and through, and The Velvet Underground had a huge impact on him. I’ll never really know the answer, and it’s these little things that continue to hurt more as time goes by. All those questions I never thought to ask, to which I’ll now never get an answer.

God, how I miss the strumming of his guitar. The way he used to take it down from the wall, sling the strap over his shoulder, and jam while I cooked. I can close my eyes, and remember how I used to peek at him through the window from the kitchen into the living room. I miss the mundane things. The way he used to floss his teeth. The way he used to sit at his dining room table, when we first met, and tally up his tax receipts on a big, old calculator for meetings with his accountant. I loved that damn calculator because it had a paper tape roll on it. I always wanted one when I was a kid, and there I was 21 dating a guy who had one. It’s silly, I know, but all those memories are ingredients from a life that was more than I ever imagined.

Yeah Lou, you’re right, life’s good, but not fair at all. And yet we keep on giving it our best shot, day after day. I suppose it’s hope that we’ll find that kind of deep happiness again that helps us soldier on.

Even after 16 years together, there was so much left for us to learn about each other. This dish is one I grew up watching my mom make, and yet I’ve only started cooking it myself the last year, or so, which means he never got to taste it. Truth is, I wouldn’t let a bite of it pass my lips as a kid. I’d watch my mom fry up the medallions of zucchini, and wonder why anyone would want to eat eggs scrambled with it, along with a heaping serving of cheese. In my kid’s mind, Pecorino was used to disguise mounds of pasta soaked in melted butter, not eggs.

Last summer, overcome with too much zucchini from a greedy hand at the farmers’ market, I wondered about that dish I shunned as a child. And so, I set about slicing a zucchini into thin coins. I fried them up in some olive oil—I’ve since switched to grapeseed oil for a lighter touch. It’s important to let the fried squash drain for a few minutes on a paper towel-lined plate, otherwise you’ll end up with greasy eggs. As for the cheese, Pecorino Locatelli is what we grew up using, and it’s still my cheese of choice to this day. It has a sharp, salty kick, so I don’t add any extra salt to this dish. I’m not sure of the origin of this scrambled egg recipe beyond it being one my nana used to make for her family. In case you’re curious, my girls had no interest in trying it, but I’m not worried one bit. It took me almost 40 years to see the light.

Add 1/4-inch of oil to a skillet. Heat it over a medium-low flame, until the oil is shimmering. Add the zucchini slices in a single layer, and fry until golden, then flip and fry until golden on the other side. You may need to do this in batches, depending on the size of your skillet. Transfer the cooked zucchini to a paper towel-lined plate to drain any excess oil.

Combine the cooked zucchini, eggs, and cheese in a medium bowl. Season with the pepper. Stir to mix well.

Melt a pat of butter in an 8-inch skillet over low heat. Add the eggs, and cook, stirring every few minutes, until they’re almost cooked through, about 6 minutes. Take the pan off the heat while the eggs still look wet; they’ll continue to cook from the residual heat in the pan. Serve immediately; toasted baguette or ciabatta is totally optional for you, but a necessity for me.

*There are so many versions of Sweet Jane, but I love the jammy nature of this one (is it even okay to describe it that way? M is surely rolling his eyes somewhere!). It starts with an overture of sorts, so you have to be patient, and wait for that familiar chord to strike, but it’s oh so worth it.