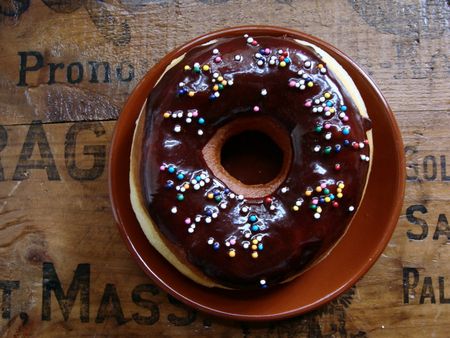 Last week that doughnut you’re looking at made me a hero—no kidding.

I let Isabella have one for breakfast, and we kept it a secret from her little sister. There’s no bigger way to gain mommy points than the appearance that you’ve chosen sides, and a favorite, among siblings.

Of course, I hadn’t really, but it had the kid on cloud nine.

Today, the only clouds that hung over our house were stormy, rainy, thunderous ones. All because of a dress. If you have little ones and think the tantrums and emotions calm down, let me burst your bubble now—they don’t. To my surprise, they get worse. I think much has to do with the pressure put on kids these days.

Being seven stinks. Developmentally they’re still so young and for lack of a better term, immature. But academically, they’re pushed to be over achievers. They’re told they’re big kids, so they have to do all this homework, study for tests and now only get choice time once a week (and that’s always in danger if there are few out of control kids in the class). 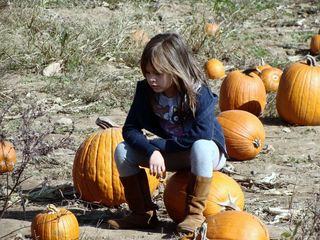 We’ve confused them, to the point that when mommy says you can’t wear a particular dress on a rainy field trip day, they lose it. It all unravels and their sense of “big kid-dom” comes crashing down.

I suppose it doesn’t help when you have a mom who’s all June Cleaver in the kitchen and dons her Betty Draper hat come homework time (not that I’m referencing anyone we know…). Can I just pass the buck onto Mother Nature for this horrible morning? It hailed here an hour after Isabella left for school, so there was obviously something in the air.

Can’t I just go back to the day I let her eat a chocolate glazed doughnut for breakfast—the best ever I might add? For now there’s a batch of chocolate chip cookie dough hanging tight in the fridge for an afternoon reconciliation. Yeah, if I followed my own recipe the dough should sit for two whole days in the fridge, but desperate times call for desperate measures…and an icy cold glass of milk.

I woke up a few days ago with donuts on the brain. Apparently food is not just a huge part of my waking life, it is now infiltrating my dreams too. Had I not used the last of my fresh ricotta the night before, I could’ve easily made some pumpkin fritters and called it a day. Not the same, but I’m sure fried dough sprinkled with powdered sugar would’ve kept the cravings at bay for a while.

Rather than reprint Lara’s recipe, I suggest you check it out on her site. And while you’re there, check out the recipe for donut truffles too. I had to decide how committed I was to this endeavor since Lara’s recipe called for bread flour. I only had all purpose in the house. While I could’ve just swapped it in, I knew the results would not be the same. If I was going to put the effort into donuts, better to not do it half-assed, right? 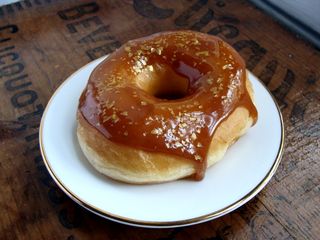 Here are a few notes I took while making my batch of donuts. They were so good I went back into the kitchen the next day for another round of fried goodness.

Buy Lara’s book from this link and help support In Jennie’s Kitchen too!