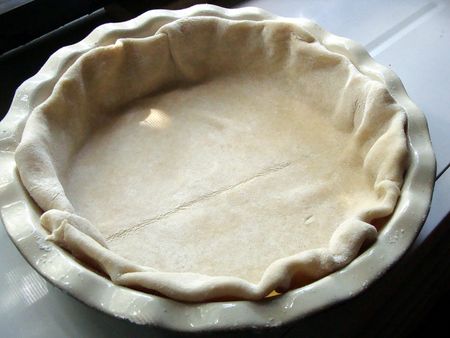 Nothing about life is basic or simple, especially with children. Just the act of leaving the house becomes a 15-minute ordeal—and that’s assuming you didn’t leave anything behind. Going back is not so quick and convenient for us city folk.

But this crust? It’s capable of melting my stresses away. Pie crust tensions, at least.

A few weekends ago I had the best quiche ever at a friend’s house. She never gives herself enough credit on how amazing she is, as a mother, cook or friend, so I felt it my duty to put it out to the universe that Marina, my dear, I adore you.

The grace with which you carry yourself. The patience you show your family—at least when witnesses are around, is something I can learn from. Your friendship is one of the best gifts to come my way this past year.

After tasting Marina’s crust, she quickly told me a rough recipe. What I remembered most vividly was that it was a 2:1 ratio of flour and butter. From there, I improvised and added some baking powder. Very untraditional in a piecrust dough, I know, but there was both a flaky and tender, airy bread-dough quality to this crust. Adding baking powder seemed almost crazy, but it was a risk I was willing to take.

While we’re talking crazy, wanna know what I made with the first dough? Take a peek below. 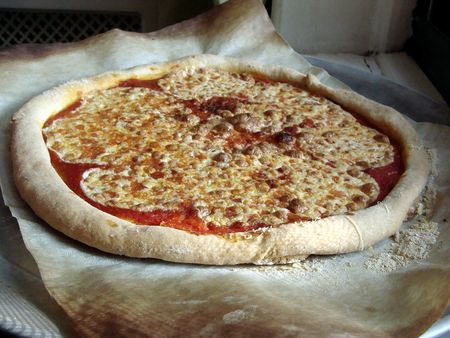 If you’re a pizza purist, and feel mortally offended by the thought of this, then go read this post for a more traditional take on pizza—provided you haven’t fainted. I know it seems blasphemous, but see how tempting it looks? It tasted pretty damn good too and the kids devoured it. So, I’m ticking off one more “win” with this idea, even if it was conceived during a moment of temporary insanity.

Then I decided to make this zucchini & pecorino pie. Another success, and one even the Mr. was willing to get behind. It’ll be on my Relish blog in the next few days (did you see last month’s whole grain pie crust?). 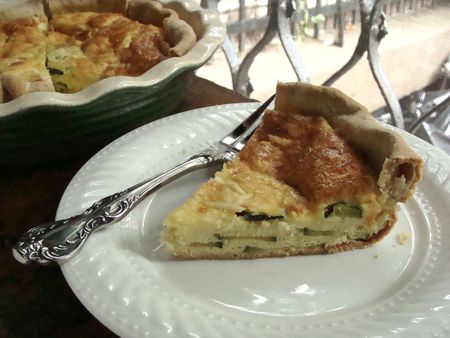 After playing around with a crust for savory dishes, I adapted the recipe to make a version better suited to desserts. These sweet cherry hand pies were the guinea pig. They’re the perfect size dessert, and strike the proper balance between crust and fruit filling. That recipe is coming soon too. 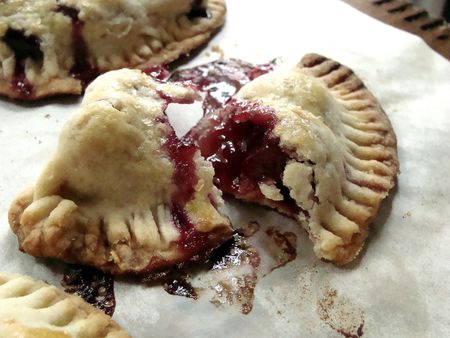 But for now, I’ll leave you with this humble recipe for the easiest savory pie crust you’ll ever make. Any worries you have about temperamental dough can be checked at the door.

Marina doesn’t own a food processor, and uses her immersion blender to cut in the butter. I’ve also tried this using a manual pastry blender, and even rubbing the mixture together between my fingers. All methods produced an excellent crust. The real key is to make sure your water is ice cold, as Marina also stressed to me. I add an ice cube to a small bowl of water and measure it out from there. Next up for this pie crust is a test drive with Deb’s recipe for zucchini & ricotta galette over at Smitten Kitchen.

Add the flour, salt and baking powder to the bowl of a food processor. Pulse to combine. Add the butter and pulse until it forms a sandy crumb. Starting with 4 tablespoons, sprinkle the water over the flour-butter mixture and pulse until it forms a ball, about 45 seconds to 1 minute. Add another tablespoon or two of water if necessary. Dump onto an unfloured counter and form into a flat disc. Wrap in plastic or waxed paper and let chill until firm, but still pliable, about 1 hour (you can also quick chill it in the freezer for 20 minutes while you prep your filling ingredients).

Roll out on a lightly floured surface into preferred size and shape according to whatever recipe instructions you are following.

The dough can be stored, tightly wrapped, in the fridge for up to 3 days. I’ve yet to have one in the freezer, but imagine it’ll store, well wrapped, for a month or two—just thaw it out in the fridge overnight before using.