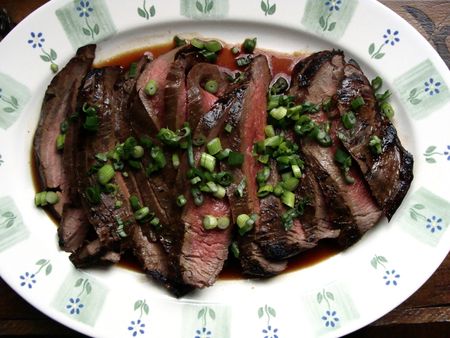 I’ll fill you in on a secret. Kids will eat meat that isn’t cooked until it screams for mercy. In fact, I’ve found many prefer their burgers and steak prepared on the medium-rare side. When I first started making them for Isabella, I followed the recommendations in most every parenting book and served it to her well-done. As she pushed it aside and looked at me tight-lipped, I just figured she might be exercising an early vegetarian preference.

Then I looked at the twice-killed steak and didn’t blame her. Who would want this charred piece of meat? I decided to trust my motherly instinct and started serving it medium-rare to medium. She still raises an eyebrow every time I make it, though, so those early well-done memories obviously left a lasting impression. When she asked what was for dinner recently and I told her steak, her prompt response was “you know I’m not going to like that”.

Honestly, I figured she was right because I’d decided to give it an Asian flair with some soy sauce and fresh ginger, but since my policy is to make one meal and hope there’s at least a few things she’ll eat, it didn’t matter to me. The rest of the meal was a buttery polenta, arugula salad with strawberries and toma celena cheese and fresh fruit—she’d surely find something there to please her palate.

Now, normally I would’ve thrown this on the grill, but when I made it originally back in March, it was my first venture in the yard since winter. Upon unveiling the grill for the season, I discovered the ignitor on our gas grill was broken. We were also fresh out of fireplace matches and don’t own one of those handheld ignitors, so I had to make due with the oven broiler. I’ve left the directions as-is from that day. Feel free to throw it on the grill, and if you’re a city dweller with no access to the outdoors, then consider this recipe a summer gift!

Oh, and wondering how dinner turned out that night? I love a surprise twist, so the fact that there were no leftovers, was fine. Isabella went back for seconds, and even thirds. Imagine a lion who’d gone vegetarian for years and suddenly remembered she was a full-on carnivore. It was one small victory for mom, and while I did resist the temptation to do one of those “in your face dances”, I did tell her I was really proud that she tried it. The fact that she loved it had me dancing on the inside. 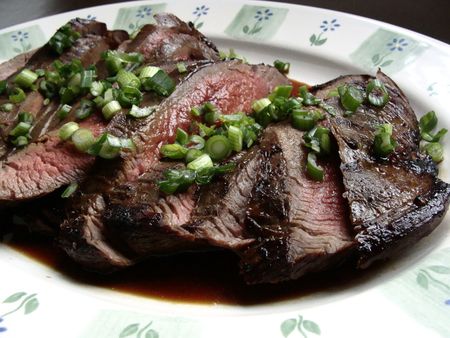