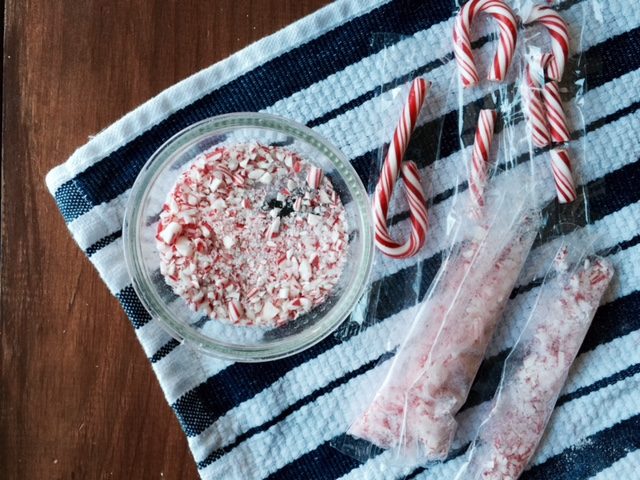 I’ve been doing a lot of reflecting, thinking about where I was both mentally and emotionally this time last year. A calm had washed over me mid-November of 2014. I began to settle in comfortably with the idea that I could be happy alone. I would throw myself into motherhood, and once the girls went on to begin their next chapters, I’d retire in a flat somewhere in NYC or Paris; maybe even divide my time between both places. And here I am now, one year later, so much for which to be thankful.

I wanted to pop into today and share a show and tell sort of post. It’s a silly, quick, and maybe obvious tip, but I think it’s useful enough to share with you all. I was making cake truffles last week (more on those later in the week!), and had one of those lightbulb moments. I went to the store in search of candy canes to crush and use as a garnish. My eyes caught sight of the minis, and they felt like the perfect size for what I needed. It was only when I got home that I realized they’re perfect for two reasons: you can crush them right in the wrapper, keeping the mess self-contained, and that same little package makes portion control a no brainer. Plus, they’re portable. Pack one in your purse, and you’re one step closer to enjoying a minty hot cocoa on the go. I’ll be using these candy cane sprinkles a lot this month!