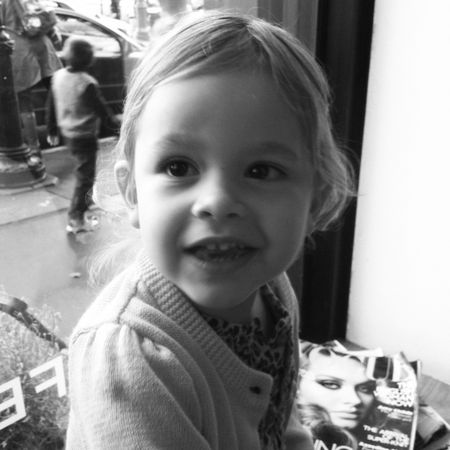 Years ago I remember Mikey telling me he read somewhere that the way you change the toilet paper says something about your personality. This was long before the internet was an everyday part of our lives, so he must have come across it in a magazine or maybe it was an email chain someone sent. I don't remember, but that's not really the point.

It was time to change the toilet paper again last night, and as with every time I've done it since he told me that story, I thought of him and chuckled. We were opposite in so many ways, right down to how we changed a roll of toilet paper.

I'm an "over" roller—it supposedly means one is an over achiever. This is no surprise to my close friends. My need for control and perfection is exacting, and only matched by my drive and determination.

The fact that Michael would've been measured as an under achiever based on his toilet paper changing habits, most certainly didn't match his accomplishments in life. He had drive and determination, albeit a more subtle, quiet one than me.

We were both city kids, from blue collar families who did "good" as our folks would say. Mikey grew up a hearing son of deaf parents. There were many challenges to overcome being dealt such a hand. His parents were also depression-era kids, so they lived a very frugal, but decent, middle class life in the Bronx.

When it came time for college, Michael applied to NYU. He'd always loved film and television, and started making his own Super 8 movies long before I was even born. He talked about the day he got accepted with such pride. That joy quickly turned to sadness and anger, though. His parents grew up in a time when people didn't trust the government with their information, so when it came time to fill out the financial aid forms, his father said no.

As Mikey's best friends went off to Cornell, Brown and Northwestern, he remained in NYC and attended City College. That only lasted a year or two, and he decided to venture into the real world and continue his education on the job. It was probably one of the best professional decisions he ever made. Mikey had a kickass career for a kid from the Bronx without a college degree.

Remember MTV's Choose or Lose campaign with Alison Stewart? He edited much of that campaign. If you watched MTV News back in the day with Kurt Loder, then you likely saw his work too. When we met he worked the night shift one day a week, cutting—that's television edit speak, packages for the show. Remember the show Win Ben Stein's Money—yep, he cut that show open. He also edited a Sports Illustrated Swimsuit show—yeah, there were perks to his job.

He was also an award-winning editor, his earned his first one for a breast cancer PSA featuring Veronica Webb. Before this starts sounding too much like an obituary, though, I should get to my point.

Mikey so wanted to give Isabella and Virginia the opportunity he was denied 33 years ago. He wanted his daughters to have a college education, if that was the path they chose.

He didn't want it to be dependent on a financial aid application.

He didn't want them to juggle school and work. He wanted them to be able to focus on their dreams.

This is a matter we often didn't see eye-to-eye on. I went to Brooklyn College, mostly on financial aid, the rest was paid for by working two jobs. I was the first person, and to this day only member of my family, to graduate college. Much as I want my girls to have the same opportunity, I know part of the reason I value my degree so much is because I earned it in every sense of the word.

So, consider this my long-winded way of saying thank you to everyone who contributed to A Fund for Jennie. The money raised will be tucked away in their 529A college savings accounts. Ten years from now when Isabella leaves for college, know you had a hand in helping her discover her dreams. In 15 years, when Virginia embarks on that same journey, it will be partly because you showed such caring and kindness during such a difficult time in her life.

Their memories of Mikey may feel distant by then. The moments they shared may seem intangible. The love that he inspired in our lives, and your lives, will live on forever. And as they grow to become the amazing women I know is part of their destiny, I thank you for the gift of learning.

You will forever have my deep gratitude. I thank you for carrying The Perillo Girls in your hearts and minds every day. 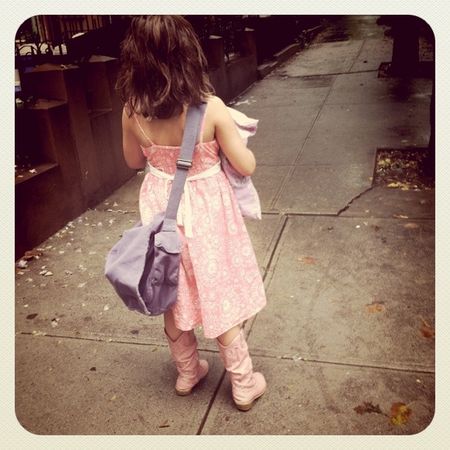 UPDATE on 10/27/2011: As noted in the comments below, it came to my attention that people were under the impression my financial situation was dire in the days after Michael passed away. I say dire because that is the exact wording Bloggers without Borders used in their initial post.  A post which was not sent to me for prior approval, and one I didn't read when it was originally published because reading any posts related to his death were just too emotionally difficult to read.

Bloggers without Borders has since edited the initial post, in essence to cover the mistakes they made. In the business world, I'd say they have further compromised their integrity. They have shown no public remorse for the ongoing trauma they have caused to me, and have instead left me feeling more victim than the recipient of goodwill.

So how do we move forward, because heaven knows I need to not devote any more time and attention to this matter? I need to continue my healing process. I need to be allowed time with my daughters and to try and focus on work.

Before I suggest a solution, I want to clear the record once and for all. I want to tell you the truth, which everyone deserves for the sincere care and effort put into trying to help the girls and me.

My financial future was never in question. It was never dire. I knew within a few days exactly the financial condition Mikey left us in, and I wasn't surprised. He’d been working since he was 11 years old delivering newspapers, and often joked part of that paper money probably went into the apartment we currently live in. After 20 years working as a freelancer, Mikey took a staff job working at BET Networks in the fall of 2009. He did this to provide for his family. It was an amazing opportunity, and we talked long and hard before he took the job. We knew the trade-off to a company job, good salary and benefits would be less hours with his family. In the end, knowing Mikey would reach retirement age just as the girls went off to college, we knew the staff job was the financially prudent choice.

To say that my financial situation was ever a concern was not only a blatant misrepresentation—it’s dishonorable to Mikey’s memory and how hard he worked to provide for us. This is why the situation has me so enraged. I will fight every day, with every will in my body to preserve the integrity of my husband because he was one of the most sincerely good people that has ever walked this earth.

This is why I implore anyone who donated to A Fund for Jennie to please request your donations be redirected to The Liz Logelin Foundation. I have put a hold on the girls 529A accounts, so no contributions can be made without my prior approval. Bloggers without Borders will have no place to put these funds unless you a) ask for your money back or b) request the funds to be diverted. I also will not accept any checks from them, so if they are thinking they will continue to brush this under the rug, that won’t work either.

Lastly, I want to say that some of the information they provided in their initial post was indeed accurate. I am not eligible for widow’s benefits because I make more than $14,160 a year. Yes, my health insurance runs out December 1st, and the monthly premium will be more than $1,800. If I could stop having my time spent arguing with BwoB, then maybe I could look into other more affordable options. Finally, there is still a chance I may have to payoff my remaining mortgage balance, but as I told Shauna on a conversation I clearly remember having as I walked home from the estate attorney’s office before the campaign was launched, the silver-lining is my apartment hopefully has a good value and will help provide for our future as well. I wasn’t at risk of losing my home from a financial perspective—it was more an emotional issue.

I hope everyone who genuinely gave from the heart understands just how thankful I am for your kindness. I know my story made many of you rethink your daily lives, and it still resonates loud and clear for you. Your caring for a virtual stranger gives me hope for the world my girls will one day go off into on their own. There is hope and faith for humanity in the kindness you all displayed.

I am choosing to close the comments on this post because I need to move forward. I need to make chocolate cupcakes tonight for a Halloween party I promised the girls. I need to heal my heart, and now that the truth is out for you all to know, that is just what I intend to do. Peace, my friends.